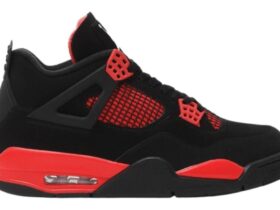 “Cataracts form gradually as the internal lens of the eye loses crystal clear transparency,” according to Dr. Kerry Assil, a leading ophthalmologist based in Beverly Hills, CA. “Patients rarely realize they have them until they are diagnosed.”

Current statistics from the National Eye Institute (NEI), show cataracts affect 24.4 million Americans age 40 and older; that’s about one in every six adults. Over 90 percent of people diagnosed with the condition are age 65 and older, yet, it’s not all that uncommon for people in their 20s to have it. The NEI predicts that over 30 million Americans will have cataracts by the year 2020.

“Cataracts form gradually as the internal lens of the eye loses crystal clear transparency,” says Assil, who is the lead surgeon and founder of the Assil Eye Institute he founded 25 years ago.

For patients like Rebecca White, who struggled with poor vision all her life, the disease is especially more difficult to detect. She endured “coke-bottle” glasses, hard contact lenses, and the frustration of being unable to engage in activities she liked.

“And because of my last name, I was alphabetically placed in the back of the classroom,” she says. “It was always difficult for me to see things clearly.”

More than just an awkward inconvenience, White’s vision grew so bad that she had to keep several glasses on hand, “just in case” she misplaced or broke a pair. “That was my life.” By the time she graduated from high school, she was legally blind. “I couldn’t see anything without glasses or contacts,” says White.

About two years ago, she visited her optometrist for what she thought was a routine checkup.

“I could tell I was not seeing clearly. But it surprised me when he told me I had cataracts. I thought I had 10 years or more before something like that happened. I was in my late 50s.

Cataracts were things that older people had. I didn’t think that I was a candidate. I was really shocked at how quickly they developed.”

“In Rebecca’s case,” explains Dr. Assil, “her lenses had lost some of their elasticity and this also impaired her ability to focus. Nearly everyone’s lenses stiffen around the age of 40, that’s why we lose the ability to see up close, and why we tend to need those bifocals or reading glasses.”

However, cataracts are much less predictable.

“It’s a misconception they only happen to older people,” Assil continues. “They are more common as we get older but they can happen to almost anyone at any age. Rebecca probably had cataracts for quite a while but didn’t realize it because of the poor condition of her normal vision.”

Treatment for cataracts is usually an outpatient procedure that involves the removal of the clouded natural lens and replaced with an artificial intraocular lens (IOL) implant.

According to Dr. Rolando Toyos, who has an ophthalmology practice in Nashville, TN, the procedure sounds complicated, and at one time it was. The eye is, after all, a highly specialized and complicated organ.

“It’s an exquisite camera,” he explains. “The eye’s function depends on the precise performance of each component. Therefore, assessing every part of the eye is important in achieving success.

As a surgeon, I must take great care with performing procedures like cataract removal.” And only ten years ago, such a procedure took hours and often left patients out of commission for weeks, he adds.

“With advancement in modern medical technology and improvements in technique, the procedure can take about ten minutes with much faster recovery—sometimes only days—making treatment far more predictable,” Dr. Toyos says.

Dr. Assil adds that new medical technologies shorten the surgery contemplation time. “The more data I have, the more precise I can be in ensuring the cause and planning my patient’s treatment. This all has positive effects on patient outcomes,” he says. “In a case like Rebecca’s, a battery of screenings may include several devices to get me exact measurements that help me decide about the replacement lens that the patient needs.”

Technology Is Better Than Ever

Technology isn’t all about precision or time, however.

“I don’t spend less time with my patients now than I did before,” he says. “I spend less time with analysis and screening, and more time talking to my patients and getting to know their needs. Some wait for decades until things are so bad that they must have surgery. I ease their concerns and fears about eye surgery. I answer questions and give them confidence about their decisions.”

With the consultations and exams behind her, White agreed to have Dr. Assil perform her cataract surgery. After a 10-minute outpatient procedure, she left his office with IOL implants.

The next day, she found herself living in a new world she barely recognized.

“We were done so quickly,” she recalls. “The next day, it was like someone washed my windows. I could see colors and details that I never knew were there. For the first time in my life I could see leaves fluttering in the trees.”

About six months after the procedure, she still pauses to marvel at the world that’s been revealed to her. “I sure wish my vision was like this when I was a kid,” she comments. “Things would have been a lot different. But experiences like this makes you grateful for what you have now. I am very grateful to be able to see.”