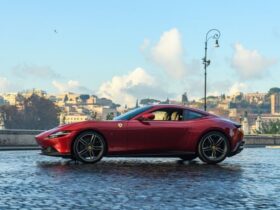 When you look at India it makes you feel that the creator of the universe handpicked everything that is there. It’s simply breathtaking.  It appears to be such a tantalizing blend of festivals, histories, and cultures. There is so much to experience in this, what is referred to as, the land of the unexpected. Ranging from the Himalayas in the north to the golden beaches in the south, India is filled with dazzling colors and glitters.  India contains everything, from mountains to lakes, from forests to deserts, from greenery to scarcity. India holds in it an exclusive and endless variety of landscapes, monuments and cultural experiences.

Among many attractions of the exotic travel experience that India has to offer are the ‘Ajanta caves’. These rock cut cave monuments date back to 2nd century BC. Also in that list is the city of ‘Varanasi’.  Located at the banks of Ganges River, the city is one of the oldest inhabited in the whole world. It is sacred to Jains, Hindus and Buddhists alike. A side of India is depicted here in a fashion unlike any other. When you see pilgrims in the River Ganges doing their devotions at sunrise with centuries old temples as their backdrop, the sight is among the most impressive in the world and can be a little overwhelming.

Another exhibition of pure beauty could be seen at the ‘Harmandir Sahib’. Also known as ‘The Golden Temple’, it enjoys religious importance and is very much respected by the Sikh community. This exclusive temple is Amritsar’s main tourist attraction.  The temple is always full of pilgrims visiting it from all parts of India. Vitupaksha temple, in the city of Hampi is another such attraction.

How can one not talk about the exclusive beaches of Goa, India when talking about the scenic beauty of India? Palolem is one of such beaches, south of Goa, India. Palolem is a natural bay which is surrounded by snooty headlands on either side, which creates a soothing, calm sea with a tenderly sloping bed.  For those who want to experience a place on earth close to paradise, Palolem is the place. Experiencing sunset at Palolem is a divine experience, one which you won’t get at many other places. It’s a truly divine life style life experience.

Another popular tourist attraction in India would be ‘Kerala backwaters’. They are a chain of lakes and lagoons which lay corresponding to Arabian Sea coastline in Kerala. These waters are home to many different species of aquatic life, which include crabs, mudskippers, water birds, frogs and animals such as turtles and otters. Houseboat tourism is the key tourist activity here. In India traditional boats are being converted to floating exotic hotels.

India would be believed to be incomplete without the mention of the exclusive and famous Taj Mahal. The great monument of love, the symbol of architectural excellence, stands tall and beautiful in the fascinating city of Agra. Historians rightly call it “a teardrop on the cheek of eternity”. Included in the Seven Wonders of the World the mausoleum includes numerous other buildings and far-reaching ornamental gardens with blossoming trees and bushes.

From the prehistoric ruins, captivating religious structures, striking cities and varied landscape there is a never-ending compilation of tourist attractions in India that will never end to awe and intrigue the visitor. It’s an awe inspiring ultimate life style life experience that everyone should enjoy at some point in their lives.