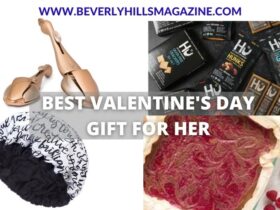 Best Valentine’s Day Gifts For Her

A new study by Uswitch, the comparison and switching service, has revealed Marvel Studios as the most profitable Hollywood production company. The study gathered data, from the numbers, on over 700 movies from Hollywood’s most profitable film companies, which included box office sales, director names, genres, and IMDb of their biggest films of all time.

The Marvel films, most of which feature on Disney’s streaming network, Disney+, have also been pivotal to its success and opening up the service to a wider audience.

The study, which also analyzed which directors made their production companies the biggest return on investment, found that the directors responsible for Gone With the Wind: Victor Fleming, George Cukor, and Sam Wood, made the biggest gross profits.

Meanwhile, John Krasinski came in ninth place with the 2018 box office hit, A Quiet Place. The film, which was recently followed up with a sequel from the same director, made an impressive £229 million and was also the fifth most profitable horror film in the lineup.

Steven Spielberg, who was responsible for 26 films within the seed list, ranked just 126th for profitability as a director, with a relatively slender 403% return on the initial investment. Spielberg’s collection of films includes iconic movies, such as Jurassic Park and E.T, both of which amassed over £500 million per film. However, it also includes lower budget films such as Empire of the Sun and multi-award-winning hit, The Color Purple, meaning overall gross profits were lower.

Avengers was revealed to be the most profitable franchise. With average box office earnings of £1.5 billion per movie, the films earned 418% more than the average across the 700 films analyzed.

Finding Nemo, meanwhile, was the most popular animated franchise, beating out competition from Toy Story, Despicable Me, and Shrek, with average box office earnings of £698 million. The long-awaited sequel to the first Nemo film, Finding Dory, was a huge success for Pixar, receiving an IMDb rating of 7.3 and even sparking wild fan theories surrounding the death of Nemo.

Catherine Hiley, the broadband expert at Uswitch, says: “Movie production companies have earned eye-watering profit at the box office in cinemas around the world. “However, as the pandemic forced cinemas to close their doors, we saw blockbusters premiere on streaming platforms instead, as the movie industry tried to encourage families to pay to watch big-screen productions at home. “Of course, not every movie has seen the same level of success on streaming platforms as they might have in the cinema, such as Disney’s recent Raya and the Last Dragon, which failed to meet box office predictions. But home streaming has made watching the latest movies even more accessible.

“It’s likely that hybrid releases will become more common in the future. So, if you’re a fan of streaming blockbusters from home, it’s worth finding out  which streaming service will give you access to the latest releases you want to watch.”

The world’s most profitable film companies report can be found in full here.