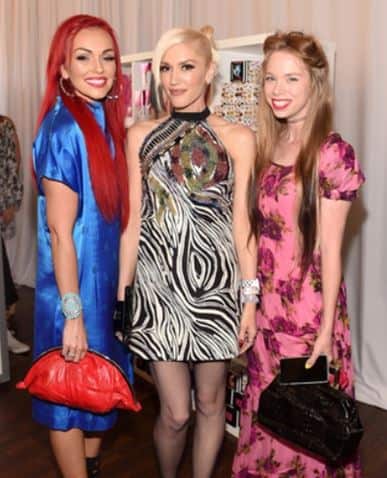 Tom Hardy’s Hollywood career may only span less than two decades but his difficult roles make him a fan-favorite. So today, we shine our Hollywood Spotlight in this intriguing star’s direction.

2001 was Tom Hardy’s breakout year. First, the classically-trained actor appeared in Band of Brothers, a Spielberg–Hanks miniseries about World War 2. The production earned both an Academy Award and a Golden Globe for Best Miniseries. While his role was small in the large ensemble cast, his participation in the acclaimed show was a portent of things to come.

The same year, the celebrity made his feature film debut in Black Hawk Down (2001). While his role in the Ridley Scott war movie was small, he held his own amongst a number of Hollywood heavy hitters including Ewan McGregor and Sam Shepherd. It performed well at the box office and with critics, earning a slew of award nominations. And more importantly, audiences saw enormous potential in Tom Hardy’s first role.

Over the years, Tom Hardy successfully honed his dramatic acting skills. In The Dark Knight Rises (2012), the fledgling star played Bane, a menacing villain who terrorizes Gotham. The actor gained 30 pounds for the role, all of it muscle. In fact, he undertook four personal training sessions a day! The transformation was well worth it. Unlike the flat comic book version of the character, Tom Hardy’s Bane was multidimensional, purposeful and terrifying.

To date, these Tom Hardy and Leonardo DiCaprio have worked together twice. Indeed, each time was a rousing success! Inception (2010) is a sci-fi film about a professional thief. Written and directed by Christopher Nolan, who also directed The Dark Knight Rises, the movie starred DiCaprio as a master of corporate espionage with Tom Hardy as his snarky associate. The mind-bending film was well-received and secured spots among many critics’ top ten movie lists.

In The Revenant (2015), Tom Hardy and DiCaprio play frontiersmen struggling for survival. The movie was a critical darling. Not only was the film a favorite but both celebrities garnered praise for their performances. Audiences agreed! The Revenant exceeded box office expectations. The Academy also liked what they saw. The film received 12 nominations. In fact, it earned DiCaprio his first Oscar. Tom Hardy received a Best Supporting Actor nod.

Tom Hardy has a few charities that are near and dear to his heart. The native-Londoner actively works with The Prince’s Trust. Established in 1976 by Prince Charles, the charity works with at-risk youth and young adults. In 2008, Tom Hardy became a celebrity ambassador for the organization. Having struggled with homelessness and addiction prior to his Hollywood success, the star feels a personal connection to the charity’s mission.

In addition to conducting acting classes, the actor also takes part in the Youth Can Do It Campaign which seeks to remind young people about the charity and encourage them to seek help from the trust.

Tom Hardy is attached to a few Hollywood projects. He’s set to team up with Ridley Scott again for War Party, portraying a Navy SEAL. And, of course, Venom 2 is in the works. The second installment of the Sony Marvel Universe character will hit theaters in 2020.

Fonzo tells the story of Al Capone’s decline into dementia with Tom Hardy starring as the infamous mobster. A few months ago, the movie’s director announced a 2019 release. However, to date, we haven’t learned the exact date. Mad Max: The Wasteland is another project the star is set to join. Unfortunately, studio politics stalled the movie. Fingers crossed for a resolution. We need more Max Rockatansky!