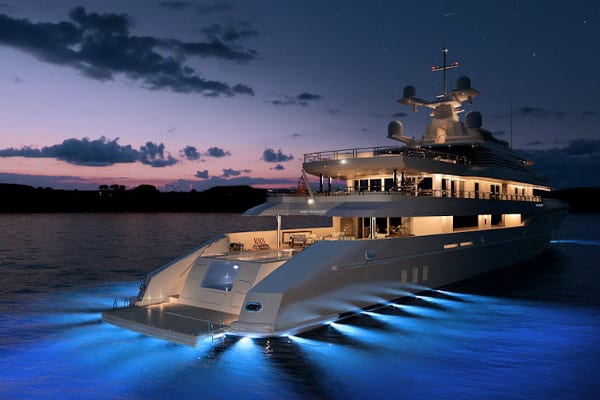 With his smoldering good looks and amusing sense of humor, it’s no wonder we are recognizing Ryan Reynolds with our Hollywood Spotlight. Ryan Reynolds might be best known for his role in the X-Men Universe but before we knew him as the hilarious hero, Wade Wilson/Deadpool, he had quite the diverse career starring in everything from sitcoms, to intense drama films, to romantic comedies, and everything in between. (Image Credit: Andrew Toth/FilmMagic)

Fans of Ryan Reynolds might remember him from his first starring role on the sitcom, Two Guys, a Girl and a Pizza Place. Though it  ran for only three seasons, it developed a small but devoted audience. Cast as the lovable, joker Michael Bergen, viewers were easily able to see the promise in the young actor.

In 2002, he began the transition from the small screen to the movie screen with Van Wilder (2002). He continued to to star in a variety of movies but Ryan Reynold’s role opposite Sandra Bullock in the romantic comedy, The Proposal (2009), solidified his standing as a leading man. While critics and audiences offered mixed reviews, one thing that everyone agreed on: their chemistry was fantastic.

But that chemistry could not compare to what he experienced on the Green Lantern (2011) set. Cast as Hal Jordan, Ryan Reynolds starred opposite Blake Lively. While the two were in relationships at the time, they developed a strong friendship. When their respective relationships ended, they went on a double date together. Although they were there with other people, their romantic connection was immediate. The happy couple married in 2012 and are parents to daughters, James and Inez.

In 2016, Ryan Reynold catapulted to super-stardom in Deadpool. Cast as the snarky yet loveable superhero, Wade Wilson/Deadpool, the movie star found his perfect role. Deadpool is not the typical movie as the main character knows he is in a superhero flick and often addresses the audience directly; the perfect vessel for Ryan Reynolds well-known sense of humor. As a result of the incredible success of Deadpool, in coordination with his other movie works, on December 15, 2016, Ryan Reynolds was recognized with a star on the Hollywood Walk of Fame.

In 2015, Ryan Reynolds lost his father to Parksinson’s Disease. He had been involved in Parkinson charities for a number of years and continues to capitalize on his celebrity to advocate for the worthy cause. He has been a board member for the Michael J. Fox Foundation and even ran the New York City Marathon to raise funds for their efforts.

Ryan Reynolds has also been outspoken about his struggles with anxiety. In 2017, he openly shared his experiences and the steps he he takes to manage the symptoms of anxiety. He highly credits his wife, Blake Lively, and meditation for helping him through difficult situations.

Deadpool 2 is currently out in theaters. The summer blockbuster has been incredibly successful for the studio and continues to delight audiences. Ryan Reynolds also has numerous project in the pipeline. He will be lending his voice to the lead character in the film adaptation of the successful video game, Detective Pikachu, expected to hit theaters in 2019. He will also be reprising his role of Guy in the animated movie, The Croods 2 (2020). Ryan Reynolds is also rumored to be a part of the anxiously anticipated The Rosie Project, the film adaptation of the successful novel of the same name.

Ryan Reynolds has been a part of Hollywood for over 20 years and his star is still on the rise. We wish him the best of luck in his continued career and are eager to see what comes next for this very talented movie star.