Today we shine our Hollywood Spotlight on the illustrious career of the Jennifer Lopez. This hardworking celebrity is one of the most successful triple threats in Hollywood. As a child in The Bronx, Jennifer Lopez dreamed of becoming a famous movie star. Due to her talent and dedication, she has more than achieved that goal.

Jennifer Lopez started her professional dance career as a backup dancer in an American Music Awards performance by The New Kids on the Block. However, her first significant foray into the world of Hollywood was as a dancer on In Living Color. In addition to sketch comedy, the show featured a dance troupe, The Fly Girls, who danced the program into commercial breaks. The future celebrity, who had a dance lessons as a child, was a member of the troupe from 1991 to 1993. But Jennifer Lopez wanted more than dance. The soon-to-be star had already set her sights on movie and music success.

Jennifer Lopez’s breakthrough movie role was in the biopic Selena. The 1997 film focused on the life and career of Selena Quintanilla-Pérez, a Mexican-American pop star murdered at age 23 by the president of her fan club. Critics loved the movie and lauded Jennifer Lopez’s acting and singing. In fact, some critics even predicted super stardom for the actress. And she even garnered a Golden Globe nomination for her turn as the singer.

Not only was the movie a portent for the talented celebrity’s success in Hollywood, it was also a movie for the history books. Selena was Jennifer Lopez’s first large film role. However, she received an impressive $1 million for her performance. As such, she became the highest paid Latin actress in Hollywood.

Juggling a Movie and Music Career

Seemingly not one to rest on her laurels, Jennifer Lopez wasted no time in parlaying her film success into a music career. In 1999, she released her first studio album, On the 6. Despite concerns that efforts to break into the music industry could derail her promising Hollywood career, Jennifer Lopez pushed forward. The album was a great success. In fact, many consider the third single from the album, Waiting for Tonight, to be the performer’s best song. Furthermore, audiences and critics became enamored with the multi-talented star.

She followed On the 6 with her next album, J. Lo, in January of 2001. The release coincided with the premiere of her romantic comedy, The Wedding Planner. Again, the skilled celebrity made history becoming the first woman to have a number 1 album and film in the same week.

In 2011, Jennifer Lopez joined the judging panel of American Idol. With the exception of one year, she remained a judge until 2016, the end of the Fox program. During her tenure, the star became well known for crying during emotional performances by the contestants. In addition, she delighted in helping skilled musical artists get a foothold into the music industry.

Struck by the platform American Idol gave to musicians trying to get their big break, Jennifer Lopez created World of Dance. The star easily admits that dance will always be her first love. It is her hope that the show will give dancers a boost and provide opportunities to further their career. She currently serves as judge and executive producer for the NBC program. Season 2 aired this past summer.

In 2014, Jennifer Lopez was the first actor cast in the new NBC drama, Shades of Blue. The series focused on the life of Detective Harlee Santos, a single mother who was also a detective for the New York Police Department. The show premiered in 2016. Overall, Shades of Blue was met with mixed reviews from critics and audiences. However, Jennifer Lopez’s performance universally received high praise. In fact, the actress received a People’s Choice Award for the role. Shades of Blue ended its third and final season this summer.

Jennifer Lopez’s Las Vegas residency at Planet Hollywood’s Zappos Theater just ended in September. As we have come to expect from the star, her final performance was a record breaker. In fact, her final concert brought in $1.43 million in ticket sales, nearly $300,000.00 more than the previous record holder. After a run like that, one might think Jennifer Lopez might take a break. But you’d be mistaken.

Later this year, the celebrity will star in Second Act, a romantic comedy about a woman out to reinvent her life. Also, fans await Bye Bye Birdie Live with bated breath! In 2016, the network cast Jennifer Lopez as Rosie Alvarez, a key character in the Tony award-winning musical. Originally, the program was scheduled to air in 2017. However, due to production conflicts and the busy mom-of-two’s schedule, the show had delays each year. Fingers crossed for 2019! 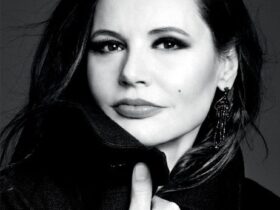 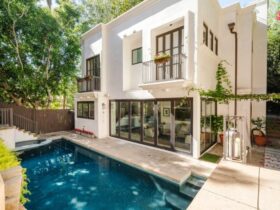 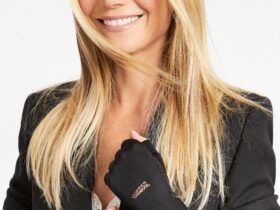