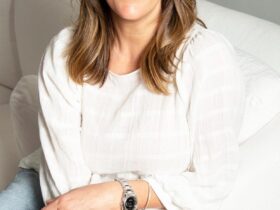 Jennifer Connelly started her career as a young child and has achieved much since then. She even plays a role in the action thriller movie: Top Gun Maverick. In our Hollywood spotlight, we will tell you more about the career success of this American actress.

Jennifer Connelly was 10 years old when she entered the modeling world. Her parents sent her picture to the Ford Modeling Agency, which later added her to their list of models. However, even with starting her modeling career this young, she showed no interest whatsoever in acting.

When she was 13, her mother started taking her to acting auditions. She was quickly selected for a supporting role as an aspiring dancer in Sergio Leone’s Jewish Gangster ‘Once Upon a Time in America.’ Connelly described this audition as an introduction to acting.

Her first leading role was in the 1985 movie ‘Phenomena’ where she played the role of a girl with the physic ability to communicate with insects to pursue a killer. Another lead role came in the movie ‘Seven Minutes in Heaven.’

The first lead roles she got made Jennifer describe her early life as a walking puppet show where she had no time for herself. However, she soon started playing important roles in significant movies, which gained success one after the other.

But soon, she had a Box office failure with the movie ‘Sarah Willams’ where critics said her portrayal of Sarah was disappointing. She went on to portray Gloria Harper in ‘The Hot Spot’ and critics praised her for acting in the film. Jennifer commented on her first nude in a film and said it was difficult for her.

She got into Disney movies after that, but the first one failed to ignite her career, and so did the second one, still a derivation of ‘The Rocketeer.

Her first real success came with the film ‘Beautiful mind,’ a critical and commercial success grossing up to $313 million around the globe. Her performance earned her a Golden Globe, an Academy Award for best-supporting actress, and a BAFTA for best actress in a supporting role.

Break and Return to Movies

Jennifer Connelly took a two-year break and returned to acting with the movie ‘Dark waters,’ a horror movie where she played the leading role of a mother trying to protect her child from supernatural activity.

In 2010, she starred in the movie ‘Virginia’ where she played the role of a woman who has a 20-year affair with the local sheriff and whose daughter starts to have a relationship with her son. She has moved on to role after role since then.

Jennifer Connelly is an amazing actress who has made her mark in many movies. We all look forward to her next project, but until then, we can know what she is up to through her social media accounts.