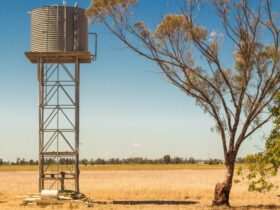 For our Hollywood spotlight of the week, we shine our light on Henry Cavill, the Superman! Henry Cavill is an English actor who started acting officially in 2001. His passion for acting got ignited when he met Russell Crowe on set at Stowe School, his alma mater. The two actors later worked together in Man of Steel.

Henry Cavill was born in Jersey, Chanel Islands. The fourth out of five boys, he was raised in a Catholic family. His mother, Marianne Dalgliesh, was a secretary in a bank, and his father, Colin Cavill, was a stockbroker.

He began his education at St Michael’s Preparatory School in Saint Saviour, Jersey, and moved on to Stowe School in Stowe, Buckinghamshire, for his high school.

Every journey has a beginning, and the rule applies to Henry as his debut appearance was in Laguna (2001), a year after his encounter with Russell Crowe. He must have used Russell’s advice judiciously.

Furthermore, in 2007, he starred in the role that made his career: Charles Brandon in Showtime’s television series, The Tudors.  Then, He starred in the horror film Blood Creek (2008) and had a supporting role in the comedy film Whatever Works (2009).

Also, Henry Cavill played the lead role of Theseus in the mythological film, Immortals (2011) and starred, alongside Bruce Willis, in The Cold Light of Day (2012).

Also, he is notable for his roles in the Netflix adaptation of The Witcher as Gerald of Rivia; and as Sherlock Holmes in Enola Holmes.

He has no announced upcoming roles yet.