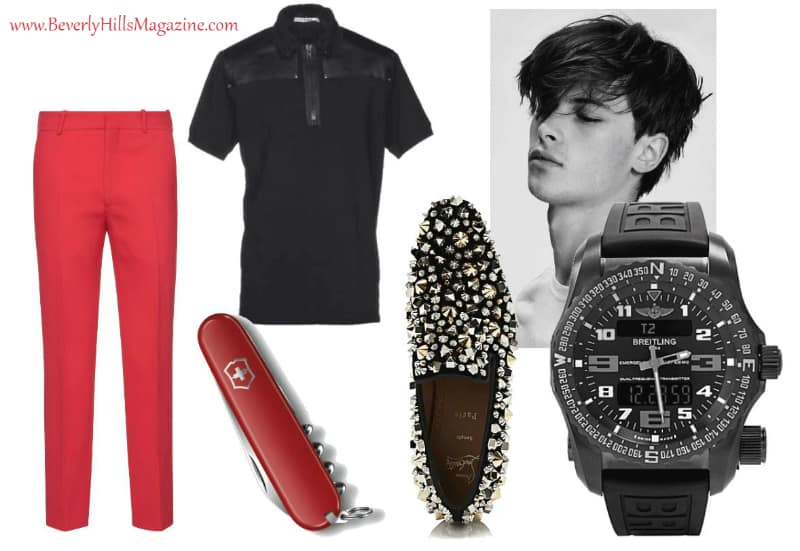 Charlize Theron burst onto the Hollywood scene in the late nineties. Since her movie debut, she has proved herself to be one of the most skilled actresses and beloved celebrities of our time. Today, we’ll learn more about the life and career of this talented celebrity. (Image Credit: @CharlizeAfrica on Twitter)

From Model to Actress

It’s hard to believe, knowing what a powerful screen presence she has become, but Charlize Theron did not always plan to have a Hollywood career. In fact, she first started in the arts as a ballet dancer! She started her dance career at the age of four and continued for many years. In order to support herself, she took up modeling. When knee problems put an early end to her career, at the urging of her mother, she turned to acting. And the rest is history!

Charlize Theron’s first role of note was in The Devil’s Advocate (1997). In the supernatural thriller, she played Keanu Reeves’ wife, who just happened to be the son of the devil played by Al Pacino. The Faustian tale had a strong run in the box office though critics weren’t overly impressed. However, nearly everyone took notice of the newcomer. And all were impressed how well she held her own opposite Hollywood heavy hitter Reeves and the legendary Pacino. In fact, many list the movie as one of Charlize Theron’s best films to date!

Only six years after her breakthrough in Hollywood, Charlize Theron amazed audiences and critics alike with her portrayal of serial killer Aileen Wuornos in Monster (2003). The movie focuses on the life of the mentally ill Wuornos as she killed seven men, was captured, tried and convicted, and later executed. The film was an overwhelming success due in no small part to the star’s performance.

But it was not just the star’s acting skills that impressed. In fact, her physical transformation from her stunning self into Wuornos showed remarkable dedication. For the role, she gained 30 pounds and shaved her eyebrows. Indeed, the celebrity was completely unrecognizable.

Her all-around skill in the role did not go unnoticed. Many critics praised her performance as the best of the year. Some even went so far as to suggest it was among the best performances in Hollywood history! As such, it’s not surprising that the star won an Academy Award, a Golden Globe and a Screen Actors Guild Award for the movie.

It is also interesting to note, early in her acting career, Charlize Theron formed Denver and Delilah Productions, named for her beloved dogs. Since its inception, the company produced many of the star’s films with Monster being one of its first projects!

In 2015, Charlize Theron played a large part in Mad Max: Fury Road. The post-apocalyptic film was in the works for nearly two decades! When it finally premiered, fans flocked to the theaters. They were not disappointed.

Myriad critics named the movie to their top picks of 2015. And many consider the movie to be one of the greatest action movies of all time! Impressive!

There were many reasons for the film’s success. Aside from survivalism, feminism is a large theme. In that, Charlize Theron’s role was key. Not only did the star display remarkable acting talent in the movie, her role also required a great deal of physicality. And the celebrity was surely up to the task!

In 2007, Charlize Theron started a charity to care for children in her native South Africa. Charlize Theron Africa Outreach Project (CTAOP) strives to fight HIV in the country. The need is strong. In fact, South Africa has the highest number of people living with HIV in the entire world. Using her experience as a UN Messenger of Peace, the star and CTAOP connect with other groups to educate and empower the country’s youth.

Charlize Theron has quite a few movies in the pipeline. Her turn in The Fate of the Furious (2017) was very successful. Indeed, audiences loved her as the villian! As such, we can enjoy her return in Fast & Furious 9, slated to hit theaters on May 22, 2020. The star is slated to star in The Old Guard. The Netflix movie, based on the comic book of the same name, focuses on a group of mercenaries. Filming just started in May of this year so we will have to wait a bit until its release. Also, the actress is in talks to reprise her role in a potential Atomic Blonde 2.

Charlize Theron also has two movies coming out this year. The Addams Family will hit theaters on October 11. An animated version of the quirky television family, the star will lend her voice to the character of Morticia Addams. Oscar Isaac, Finn Wolfhard and Chlöe Grace Moretz will round out the family.

Then in December, the star will portray Megyn Kelly in Bombshell. The movie focuses on Roger Ailes downfall as Fox News chairman and CEO as a result of sexual harassment accusations. Nicole Kidman will also appear in the film as Gretchen Carlson. A teaser just released showed the pair in their roles along with co-star Margot Robbie. Like Monster, Charlize Theron’s physical transformation into her character is impressive! We are sure the movie will be just as good. We wish the celebrity the best of luck!