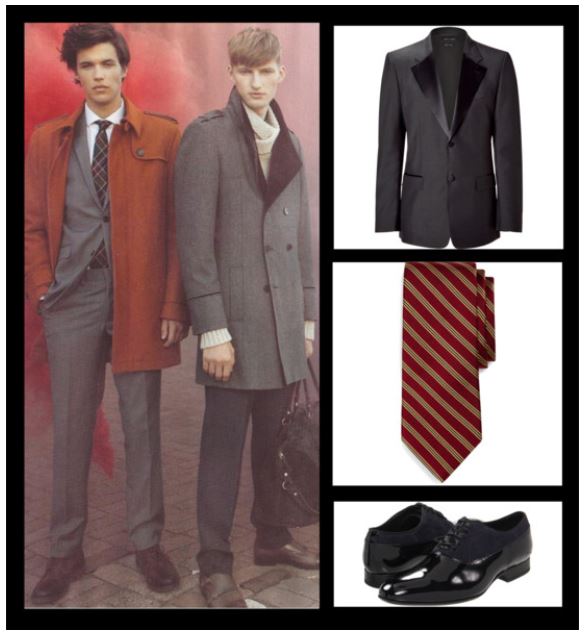 Anne Hathaway’s captivating smile endeared her in the hearts of audiences but her comedic timing, skilled dramatic acting, and beautiful singing voice solidified her standing as a Hollywood power player. For these reasons, we focus our spotlight on the life and career of the talented star. (Image Source)

Quite early in her career, Anne Hathaway had her breakthrough role. Her debut movie performance in The Princess Diaries (2001) quickly made her a household name. Garry Marshall, who helmed the production, loved the charm and grace of the young actress. He cast her as Mia Thermopolis, an awkward teenager who learns she is actually a princess. The legendary Julia Andrews played her grandmother in the Disney movie.

Originally, due to the genre, the movie wasn’t expected perform well at the box office. However, it blew the expectations out of the water! In fact, The Princess Diaries was one of the highest grossing films of the year. And Anne Hathaway’s debut performance was loved by critics and audiences alike.

The movie’s success even led to a sequel, The Princess Diaries 2: Royal Engagement in 2004 which also made a considerable profit. And in January of 2019, Anne Hathaway revealed that she and Julie Andrews are on board for a proposed third movie. Indeed, the script is already in the works!

While the star won the hearts of audiences playing a clumsy princess, just a few years later, she impressed us with a dramatic role. Brokeback Mountain (2005) is a romantic drama about the lives and love between two cowboys in the 1960’s and 1970’s. Jake Gyllenhaal and Heath Ledger starred as the cowboys while Anne Hathaway and Michelle Williams played their respective wives.

While the film was met with criticism from conservatives, overall the film enjoyed incredible success. It placed in the top results at the box office around the world. And it was no slouch with critics either. In fact, the film is still on the top-ten lists of many critics. Notably, in 2018, Brokeback Mountain became the newest inductee into the United States National Film Registry with the Library of Congress for the film’s societal significance.

However, despite starring in such a deep film, the following year, Anne Hathaway did a 180º turn and starred in one of the funniest movies of 2006. The Devil Wears Prada focused on the perceived growth of a young woman under a demanding boss in the fashion business. Anne Hathaway held her own with her legendary co-star Meryl Streep and with new-comer Emily Blunt. The film performed admirably in the box office and, at the time, became each of the star’s highest grossing movie.

Anne Hathaway has talent in her blood. In fact, her mother was a successful actress who played Fantine in the National Tour of Les Misérables. Coincidentally, Anne Hathaway played the same role in the movie musical adaptation in 2012. Her turn as Fantine, a mother whose willingness to go to any extreme to provide for her daughter, was lauded by critics.

While audiences had heard the actress’s singing skills in other roles, none compared to her performance of “I Dreamed a Dream.” The longing and despair expressed through the song blew viewers away. And it did not go unnoticed. Anne Hathaway won an Academy Award and a Golden Globe for Best Supporting Actress.

Again, Anne Hathaway proved her range with her performance in The Dark Knight Rises (2012). For this film, the final installment in The Dark Knight trilogy, the actress played the iconic role of Catwoman. The character demanded a high level of physical fitness and martial arts skills of the star. And she proved she was up for the challenge.

Despite the tragedy in Aurora, Colorado that surrounded the movie’s opening, The Dark Knight Rises was incredibly successful. In fact, it earned over $1 billion, making it the 13th highest grossing film in the industry’s history.

Anne Hathaway has many passion projects that receive her financial support and time. She serves as a UN Women Goodwill Ambassador and encourages gender equality. And like many big names in Hollywood, she is involved with Creative Coalition, a non-profit that informs on the importance of the arts.

The mom of one is also involved in numerous charities that benefit the lives of children. In addition to advocating for paid parental leave, she works with Lollipop Theatre Network which provides entertainment for sick children in hospitals as well as with St. Jude Children’s Research Hospital.

2019 will be a busy year for Anne Hathaway. In fact, the charming actress has five movies in the pipeline. The Hustle, which opens on May 10th, is a reimagining of Dirty Rotten Scoundrels.  In this version, Anne Hathaway co-stars with Rebel Wilson. This movie is sure to be a fun time!

Fans can also see her alongside Ben Affleck and Willem Defoe in the thriller The Last Thing He Wanted. Though a premiere date has yet to be announced, we expect this Netflix movie later this year. And the Anne Hathaway upcoming movies don’t stop there! Indeed, the star began filming Dry Run earlier this year. Again, she joins a cast of other big names in Hollywood for the drama including Mark Ruffalo, Tim Robbins, and Victor Garner.

In October 2020, audiences can catch her in The Witches, a remake of the classic Roald Dahl story. And production of the highly-anticipated and as-yet-untitled Sesame Street film should begin this summer. One thing is for sure: To the delight of fans, Anne Hathaway is quite the busy actress!