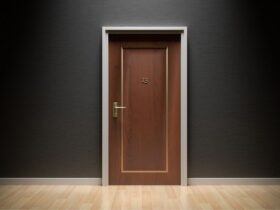 The Best Door Options Available For Your Home

In Cooties, Elijah Wood stars as an aspiring horror novelist and bumbling substitute teacher at a school abruptly infected by the titular disease, which turns its students into flesh-craving zombies intent on devouring the entire faculty. The movie — which opened the Stanley Film Festival last Friday in a new cut a year after its Sundance premiere and ahead of Lionsgate’s September release date — marks one of several genre titles in which Wood has starred in recent years. He is one of the most recognizable Hollywood celebrities among a broad age group, and he is maturely making smart decisions that guide the course of his successful Hollywood career. It’s also the second one, after 2013’s Open Windows, that he’s co-produced through his Hollywood production company Spectrevision, the genre-friendly effort he runs with filmmakers Daniel Noah and Josh C. Waller. Let’s find out more about the secret to his success. (Image by FanPop.com)

Over the last few years you’ve been involved in a lot of genre films – not only as a producer with Spectrevision, but as an actor: You starred in Maniac, Grand Piano, Open Windows and now Cooties. Prior to that – discounting the Lord of the Rings Hollywood franchise – the only real genre movie you did was The Faculty. How do you explain the uptick?

Elijah Wood: Some of that is aligned with my own autonomy and growth as a human being. I was 16 when I did The Faculty. So I would say the last five or six years of my life feel like a galvanization of my own identity, the things I’m interested in. I’ve always watched horror movies. For a while, the horror genre in the U.S. – at least, from The Faculty on – was really a much-maligned genre. It was in dire straights. It came at the end of the Kevin Williamson explosion, when everyone was trying to make a lot of these teen horror films. It carried on for years after that to middling-to-poor results. Then it was fraught with not-great examples of the genre, with the occasional good film.

I barely wanted to do The Faculty. The only reason I wanted to do it was because [Robert] Rodriguez was doing it and I knew he’d do something interesting. But that was really coming at the tail-end of that horror film scene. Going into my twenties, I hadn’t come across any good horror films. I feel a bit like I’m on the inside looking out now.

When did you start discovering this community of indie genre filmmakers with whom you now associate?

Elijah Wood: A lot of it happened out of Fantastic Fest. My first time there was 2010 just as an attendant. I had always wanted to go. My brother had lived in Austin for five years. He started going in 2007 or 2008. He kept telling me about it. I kept missing it. Year after year, he was like, “Dude, you have to go to this festival, it’s the greatest festival in the world.” So I just kept hearing about it. My first experience at Fantastic Fest was that they’d occasionally screen some of the best of the festival afterward. That’s how I saw Let the Right One In for the first time. The next year I went to the festival.

How did it affect you?

Elijah Wood: I don’t think I realized that first year the impact it was going to have on my life. But there’s a real coming together of a community at that festival that’s so unlike any other. It’s not really a buyer’s market – even though they’ve got a marketplace going now. It’s really a place to commune in one space over film. I was struck by the lack of separation between civilian attendees and the filmmakers. The fact that you could go see a Ben Wheatley movie and tell him that the movie was incredible afterward. There wasn’t this sort of anxiety or tension between the fans and the people bringing their films there.

When the first Lord of the Rings Hollywood movies took off as a cultural phenomenon, it must have impacted your expectations for yourself.

Elijah Wood: Totally. After Rings, I had two feelings: One, I immediately didn’t want to work on anything on a large scale. I wanted to work on something really small after I was finished filming the first three. But the other thing was that I had a continuing interest in working on things that were really different. So I guess I didn’t have expectations in terms of where to go next in my career. I don’t often think that way. I lack an intellectual perspective because I operate on such a gut level. So I can only respond to something emotionally – I’m not thinking about it in terms of what expectations for my career could be after Lord of the Rings. My only interest was to continue to do different things so that one does not overly associate me with that particular role. That was the only strategy that I had.

To Read More of This Exclusive Interview Click Here