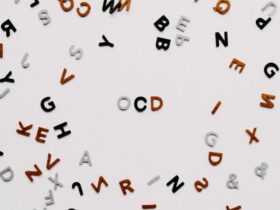 The Silver Lining of OCD: How to Use OCD at Work Like a Pro

For some success seemingly happens overnight, which is never the case. Meet our new Hollywood star of the week, the lovely Shailene Woodley. At the young age of 23 she has taken Hollywood by storm with her girl next door demeanor and down to earth approach to her craft, she’s simply irresistible.

An native Angeleno, Shailene Woodley began her acting career with roles in television, her major break out lead role being Amu Juergens in The Secret Life of an American Teenager, and she continued on with several more television roles in shows such as Without A Trace, The District, The O.C., Felicity: An American Girl Adventure, Crossing Jordan, Everybody Loves Raymond, My Name is Earl, CSI:NY, and Close to Home. (Image by PRN/PRPhotos.com)

She launched her silver screen career with a role in the Clooney film, The Descendents. In 2013 she starred in The Spectacular Now and in 2014, White Bird in a Blizzard. She was offered the role as Mary Jane Watson in The Amazing Spider Man 2, but due to mutual creative decisions, she moved on to other opportunities. She took the lead at Tris Prior is the smash franchise hit Divergent and the subsequent sequel Insurgent, both of which have been worldwide commercial successes. She also starred in The Fault in Our Stars, garnering her more recognition among an even broader audience, proving she has an uncanny ability to relate to all age groups. Woodley is currently starring in Oliver Stone’s film, Snowden, alongside Joseph Gordon-Levitt. Filming began on February 16, 2015 and is set to be released on December 25, 2015. She is set to reprise her role as Tris in the two-part finale of The Divergent Series, titled The Divergent Series: Allegiant, with Part 1 scheduled to be released on March 18, 2016 and Part 2 on March 24, 2017.

It is clear that this young Hollywood star is burning brightly with no intention of cooling off. She has worked hard and earned her success. We are looking forward to watching this pretty starlet continue to emerge and blossom while maintaining her position as one of young Hollywood’s hottest celebrities. We are wishing her many more years of great success!