Celebrity of the Week: Matt Damon

It was only a matter of time until Matt Damon became our Hollywood Star of the Week. With his track record of Hollywood success it’s about time we gave him the honor.

Damon’s Hollywood career was launched after the success of his co-written screenplay Good Will Hunting. Proving to be innovative and exceptionally talented, he became a leading Hollywood star. Damon has since starred in commercially successful films such as Saving Private Ryan (1998), the Ocean’s trilogy, and the first three films in the Bourne series, while also gaining critical acclaim for his performances in dramas such as Syriana (2005), The Good Shepherd (2006), and The Departed (2006). He garnered a Golden Globe nomination for portraying the title character in The Talented Mr. Ripley (1999) and was nominated for an Academy Award for Best Supporting Actor for his role as Francois Pienaar in Invictus (2009) and many more that have soon become one or another’s new favorite flick.

He is one of the top-40 highest grossing Hollywood stars of all time and that’s no surprise. The magic of Matt Damon lies in his strength of character and school boy good looks that make him ever so likeable and great to watch. From his professional choices of a diverse array of roles, he has proven he is malleable to the Hollywood machine and can pretty much do anything. Any producer or director’s dream talent.

From aspiring actor to worldwide Hollywood star, Matt Damon is at the top of his league and will without a doubt have a new project that will yet again show us his determination to be one of the best and his innate ability to succeed at anything he puts his mind to. With that being said, who else could possibly be our Star of the Week but him. More power to you Matt. 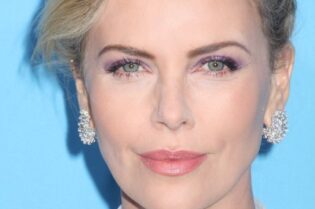 Charlize Theron – “I Have an Obsessive Nature”