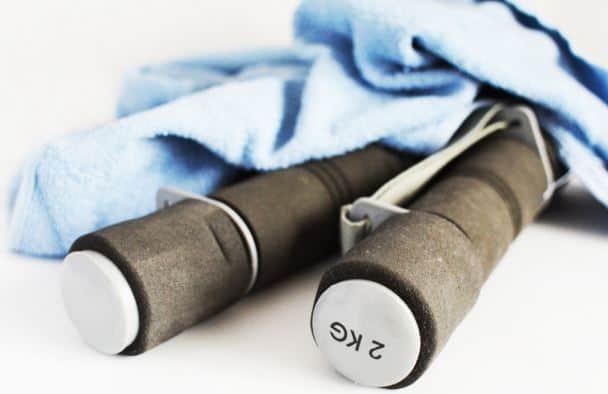 Benefits of a Home Gym

Augmented reality, as we all know, makes it possible to mix the physical with the virtual world. It is a type of superimposed virtual technology that enables people to see video or computer-generated images on top of real-world scenarios. The combination is achieved through the use of sophisticated software and hardware such as 3D imaging devices, head-mounted devices like Google Glass, and smartphones. The most common application of augmented reality today is in online gaming where players see their avatars on a screen interacting with other players playing at the same time from different locations.

Augmented reality works on this principle by embedding interactive components into digital data. It usually includes a virtual component and real-world optical components. An example of this is seen in the game “Pokemon Go” where users see their actual surroundings on their smartphone screens with superimposed images of pokemon characters. The global LiDAR scanner market is segmented on the basis of product, application, type, and geography. By product, it is classified into stationary and mobile. Numerous tests stipulate without a doubt, that the LiDAR Scanner market is expected to grow at significant levels during the forecast period. The LiDAR Scanner significantly improves the reconstruction of the real world and detects surfaces and surrounding objects quite accurately.

Augmented reality works by utilizing interactive components that generally come in two types: markers and tracking devices. A marker acts as a physical point of reference, which will be used to track live feeds and upload them into an application. A good example of augmented reality is seen when people watch 3D movies; they need to wear special glasses because those films are layered with 3D effects translated from animation data. On the other hand, tracking devices like sensors and electronic compasses will help collect information such as orientation, location, and movement.

The most important characteristic is that it merges real and virtual objects by superimposing them on top of each other in the same image or video frame. This merging will allow people to see virtual information where they normally couldn’t such as seeing digital furniture like chairs and tables indoors. While there are diverse applications for augmented reality today ranging from art, engineering, medicine, education, games remain its most popular application. Augmented reality is a technology that is quickly gaining popularity due to its unique application. If you’re just starting out and want to have an idea of what augmented reality can do for your business, read on as this article will give you 10 ways it can help your business thrive.

A South African optometrist utilized his knowledge on the different techniques in vision therapy and made use of augmented reality as a tool for treatment. The aim was to aid those who had lazy eyes or suffered from double vision through a set of exercises utilizing virtual images projected directly on their retina. Type of therapy is otherwise known as visual stimulation therapy (VST), which helps patients redevelop the eye muscles responsible for moving the eyes in coordination with one another. With augmented reality, it is easier to create a conducive environment for these exercises because the treatment device can be programmed to generate different types of images and position them appropriately on a screen right in front of the patient’s eyes.

Reality In The Education Field

Augmented reality has a huge potential in education as it can help deliver visual lessons not only from textbooks but also from real-life objects around us. A good example is its usage in museums where tourists are given gadgets that lead them through museums filled with virtual animations and facts generated by an app that supplements what they see around them. It could even be made more interactive if visitors were encouraged to take pictures of the art they like as a study aid.

Game developers have long used augmented reality to create horror games that would be even scarier if played in real life. More recently, augmented reality has been tapped by filmmakers for promotional tools to build hype around their movies by showcasing trailers rendered in an augmented setting. For example, the makers of Iron Man 3 released videos on how augmented reality could combine with Google Maps or show Robert Downey Jr.’s character Tony Stark stopping a massive attack at London’s St Pancras station. This works well because it adds realism to what viewers are watching without being too overwhelming.

Augmented reality is definitely an emerging technology set to make the world a more digitally interactive place. While there are still some kinks to work out (such as getting rid of digital artifacts), its potential use cases will only broaden as time goes on. With it already being used by several major industries, all you need now is a good app development company and your business is set!