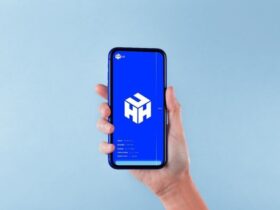 Shiba Inu and Dogecoin Are Leading Cryptocurrencies, Could HUH Token Be Next?

We sat down with high powered real estate expert and business entrepreneur, Mr. Robert Cohen of RKF, an international real estate firm representing some of the worlds most famous luxury brands and high end clients in retail transactions around the globe.

Robert began his career by breaking into the New York real estate market place under the wing of famed real estate mogul Harry Helmsley, the country’s biggest property owner in the United States, including the Empire State building, Ritz Carlton hotels, and many more. Having learned from the best, Robert rose to success as an entrepreneur in the business, growing RKF to include locations in New York, Santa Monica, and now London.

It’s no surprise Robert is viewed as an innovator and change maker in the retail market. His clients are assured success by his aggressive approach to deal negotiations and a big picture scope of long term growth strategies across multiple markets, both nationally and internationally. Utilizing in depth market cycle data analysis and highly targeted psychographics, clients can trust that Robert will always keep them fully informed and fairly treated along the way, with a solid plan of action. No challenge is too great for Robert Cohen; his business confidence shines, as he states, “Most of my business is done on a handshake. Without trust, there is nothing.” We agree. We trust that Robert is one real estate entrepreneur who knows exactly what he is doing and so do his clients; past, present, and future.

Named King of the Deal…Robert Cohen is leading the way by creating a real estate empire of retail transactions around the world totaling well over 7 billion dollars and growing. His empire is on the rise.