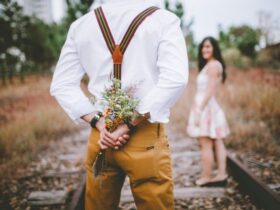 7 Gift Ideas The Woman In Your Life Will Love

Boasting such headlines as “The fastest and most powerful Ferrari yet “, the 812 Superfast debuted at the 2017 Geneva motor show, succeeding the ever popular F12 Berlinetta. With some cutting edge technology, Ferrari has produced another dream car that compliments their already sterling reputation. Its 6.5 litre, 12 cylinder engine is able to easily deliver a massive 789 horsepower. The result ? Being able to live up to its fast race car status by jumping from 0 to 62 mph in about three seconds, with a top speed of 211 miles per hour.

In other words, at 8500 rpm, it produces 588 kw of power which makes it more powerful than previous Ferrari model. Plus even more powerful than the Lamborghini Aventador and the latest Porshe 911. Rumour has it that this may well be Ferrari’s last model with a naturally aspirated engine. That could mean the 812 could become one of the most expensive collector’s cars one day because of its rare design.

A dual clutch, seven speed transmission is sure to give the 812 that traditional race car feeling, whilst introducing some new exclusive features. It will be the first ever Ferrari model to introduce electronic power steering. This promises to be very much the same as normal power steering giving more flexibility to the drive. In addition to this, the 812 also offers the four wheel steer – virtual short wheelbase system which makes it much much easier to handle.

The body is influenced by the f12 Berlinetta and shows some characteristics of the 1969 Daytona model. Despite the similarities, the Superfast is definitely in a class all its own. Released with a custom red color – Rosso Settanta.

The 812 Superfast is promising to enchant Ferrari fans and car enthusiasts alike, whether it be your dream car or something that you have destined for the race track, the superfast will not disappoint. With a hefty price tag of around $700,000, this is Ferrari’s coolest car to date.  Ferrari has a waiting list for the 812, with priority placement for those that already have some history with the company.