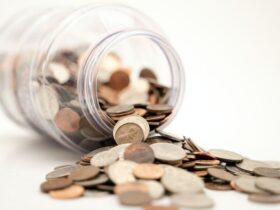 Information Is Vital For Those Working In Finance

Cadillac is one of the oldest automobile manufacturers in America, and has become known as creator one of some of the world’s most sought after dream cars. Cadillac is famed for its luxury vehicles which are ultra luxurious and robustly built and is one of the most preferred brand among luxury car buyers. Apart from luxury vehicles it is also famed for its performance oriented vehicles which is truly a rare combination of modern and futuristic styling, ultimate luxury features and thrilling performance truly setting it apart from other sports car manufacturers and in a league of its own. One of the latest offering from Cadillac is the CTS-V coupe an epitome of luxury, modern styling and performance.

The design of these sport dream cars are true to Cadillac tradition is modern. It features dynamically cut angles and sharp and bold exterior lines truly lending it a mean and muscular character. It features functional fender mounted air extractors adding to the overall sporty styling of the vehicle along with keeping the engine compartment cool. In the rear it features vertical LED tail lamps creating a subtle fin at the rear true to Cadillac characteristics. It also features a high-mounted stop lamp doubling up as spoiler and reducing lift on rear axle at high speeds improving aerodynamics. The central mounted twin exhausts at the rear add cadence to the overall sporty styling along with Brembo Red brake calipers and 10-spoke 19 inch painted aluminum alloy wheels.

The interior of the dream car CTS-V coupe is thoughtfully laid out allowing unobstructed driver control. The interior is luxurious and spacious. The dash-board is futuristic and features well laid out controls and motorcycle inspired high performance gauges that are strategically displayed and easy to read. It features micro-fiber accents on the steering wheel and shift knob offering excellent grip. It features sporty and performance oriented Recaro seats heated and ventilated and 14 ways adjustable with pneumatic bolster controls and thigh extenders offering an exceptional drive experience. It also features a G-meter in the Driver Information Center measuring lateral acceleration along with remembering maximum lateral acceleration left and right along with LED tracers that communicate engines RPM quickly and clearly allowing drivers to keep track of their performance. It also features Side Blind Zone alert and Rear-view backup camera.

The heart of this mammoth beast is the 6.2 liter supercharged V8 engine. The supercharger incorporates twin 4-lobe rotor design enhancing quietness along with optimizing performance. The engine is capable of producing maximum power of 556 HP @ 6100 rpm and a peak torque of 551 lb-ft @ 3800 rpm. The engine is mated to short throw 6-speed manual transmission or a 6-speed automatic transmission with steering wheel mounted paddle shifter. This dream car is capable of catapulting to 60 mph in just 4 sec and has a top speed of 179 mph which are pretty impressive figures considering the massive proportion of the vehicle. It also features the constant traction of revolutionary dual-mode Magnetic Ride Control which reads the road up to 1000 times per second.

Cadillac is known for their ultra luxurious and high performance cars and the CTS-V coupe doesn’t disappoint. These dream cars tick all the right boxes in delivering a super performing luxury car that’s sure to capture the heart of people looking for combination of luxury and performance. At $ 64,515 for its base model it is one of the most expensive cars in its segment but what you get for this price is a robustly built, reliable, luxurious and super performing sports car that’s truly in a league of its own and is surely a worthy addition to the garages of the rich and the affluent alongside the majestic and elegant Bentley’s and Maybach’s.