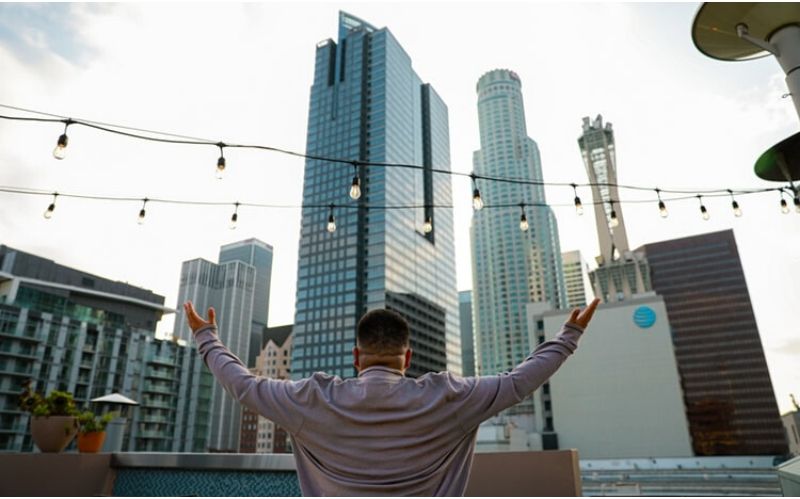 Why LA Is Such A Great Place To Live

“Golden” becomes “Platinum” just in time for the City of Beverly Hills’ 100th anniversary according to RKF, the country’s leading independent real estate firm specializing in retail leasing, investment sales and consulting services.One of the biggest high street retail transformations is changing the legendary Beverly Hills shopping Triangle as we know it. The Beverly Hills Golden Triangle is in the process of developing from a Triangle into its own defined retail district.  Hot new young brands are investing in it from the East Coast and Europe, while Beverly Hills’ flagship luxury brands are doubling up, creating larger footprints and stepping up their game. And shoppers and tourists from New York, Chicago, Australia and China are coming to Beverly Hills in record numbers.

New entrants to Beverly Hills are helping to build out and fill in the district and are coming from as close as LA’s Robertson Boulevard and as far away as the legendary high fashion streets of Europe.

Of particular note is the fact that this new retail activity isn’t just happening on Rodeo Drive anymore — new retail stores are building-out the district on Little Santa Monica Boulevard, Brighton Way, North Beverly Dr. and Canon Drive. Essentially, the Golden Triangle is expanding and this is very exciting for businesses and for visitors who come to Beverly Hills for it’s world famous shopping district.

Here are just some of the new players who have moved in or revamped of late, creating an entirely new look and feel for the Beverly Hills district:

Along with the second highest performing department stores in the nation (Saks Fifth Avenue, Barney’s New York, Neiman Marcus), this new onslaught of retailers in Beverly Hills is pushing up market prices, setting the stage for a packed house to celebrate the City’s 100th anniversary in 2014, and in the process, helping this legendary leading market redefine the traditional luxury retail district.