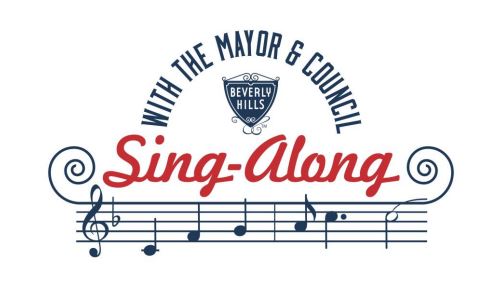 It’s official, Lamborghini Aventador SVJ is now available in a roadster variant. This follows its unveiling at the 2019 Geneva Auto Show. According to Lamborghini, they will only produce 800 units of the new dream car.

The Aventador will hit ten years in 2021. It will mark a decade of dominance in the fast car division since debuting. Aventador SVJ is a force to reckon with; for instance, the 2018 model posted a record lap time of 6:44:97 at Nurburgring. Until now, the record still stands, which makes this fast car one of a kind.

The new fast car boasts equal power and performance output as its coupe predecessor. However, the roadster comes with its unique touches to add to its ability and style.

For the longest time, the Aventador has turned heads with its spectacular designs. In equal measure, the aspirated V12 engine roar is a significant characteristic of the model too.

Just like its stablemate, the roadster produces an output of 759 bhp from 8500rpm. The torque output reaches 531 lb-ft at 6750rpm. On the flip side, the roadster is a second slower than the record-setter coupe.

Despite the roadster clocking 2.9 seconds from zero to 60mph, its top speed reads 217mph. Just like the one quoted on the coupe. Moreover, Lamborghini stated, the roof design affects no stiffness nor performance of the roadster.

The supercar features an all-wheel drivetrain with a four-wheel steering system. Its suspension comprises magnetorheological shocks. Above all, the sports car relies on sublime driving dynamics to produce better desirability.

The Design of the Powerful Roadster

The Interior of the Aventador SVJ Roadster looks similar to its counterpart. Though, it has some additional flair on the cabin. Lamborghini bolstered the roadster with carbon fiber monocoque and sports seats. Also, the consoles and center tunnel coexist with the aeronautically inspired design. To add more exclusivity to the already luxurious interior, the automaker used leather and Alcantara upholstery.

The exterior is a typical fashion of the Aventador coupe. It still looks like a spaceship, although the roadster adds some jet fighter elements to the mix. Also, the dream car has the latest Lamborghini innovation of the ALA active aerodynamics system. A feature operated automatically using motors. It alters the aero flaps of the carbon-fiber rear wing as per aero load to achieve high downforce.

Unlike the coupe, the SVJ Roadster features a rear window that opens and closes. When closed, it acts as a windshield, and when opened, it amplifies the engine sound.

The Price Tag of SVJ Roadster

The Aventador SVJ Roadster is going for $573,966, an amount beyond the pockets of many admirers. Also, more affordable compared to the Porsche 918 Spyder. It’s good to note; the price may rise depending on additional personal attributes.

Lamborghini Aventador Roadster is a hardcore fast car concentrated with the pure essence of a classic supercar. The engine seats in the middle, plus it contains no turbochargers, superchargers, which further eliminate fuel cost concerns. Furthermore, the engine is purely from Lamborghini and not shared or shipped from any corporate kin.

The SVJ abbreviation stands for Super Veloce Jota, which pays tribute to Miura Jota, a 1970 one-off model. With Muira as the base model, here is where the V12 started rattling. It expanded to other models, all superb exotic. Of course, the best among them remains the Aventador, which gets better with the roofless SVJ Roadster.