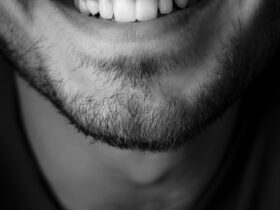 Spring Clean: The Three Basics for a Healthy Mouth

In Devious Maids, murder and mayhem collide in the mansions of Beverly Hills’ wealthiest and most powerful families.  Class warfare has never been as fun and dirty as it is in the tony enclave where the staff is as clever, witty, outrageous and downright devilish as their employers.  Whoever holds the dirt holds the power, and before the season is over, illicit affairs will be revealed and deep dark secrets exposed as we learn the sordid details behind a shocking murder of a beloved housemaid.

The  Devious Maids series centers on a close-knit group of maids who are bonded together by their jobs, life struggles and the melodramatic “upstairs-downstairs” universe that engulfs their employers.  Rosie (Ramirez), a widow who left her son back in Mexico when her husband died, works as the maid and nanny for a pair of self-absorbed and successful actors, Peri and Spence Westmore (Mariana Klaveno, True Blood, and Grant Show, Swing Town).  Aspiring singer Carmen (Sanchez), hopes that her pop star employer Alejandro (Matt Cedeno, Days of Our Lives) can help jump-start her career, but Odessa (Melinda Paige Hamilton, Mad Men), his very loyal housekeeper and her boss, will stop at nothing to stand in her way.  Zoila (Reyes) is the senior maid for Genevieve Delatour (Susan Lucci, All My Children), a co-dependent, emotionally unstable wealthy woman.  She works alongside her teen daughter Valentina (Ganem), who has a crush on Genevieve’s handsome son, Remi (Drew Van Acker, Pretty Little Liars).

In the series premiere, the women turn to one another for support when their friend and fellow maid Flora (Paula Garces, CSI Miami) is brutally murdered at the home of her employers, Evelyn and Adrian Powell (Rebecca Wisocky, American Horror Story, and Tom Irwin, Grey’s Anatomy), at one of the largest society events of the year.  Meanwhile, newcomer Marisol (Ortiz) is hired to clean the home of Taylor and Michael Stappord (Brianna Brown, Homeland, and Brett Cullen, Damages), a newlywed Hollywood couple with a complicated love history.  But Marisol has ulterior motives and when someone she loves becomes wrapped up in Flora’s murder, she goes undercover to learn the truth.