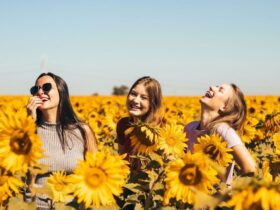 How to Get the Life You’ve Always Wanted

Since opening its doors just one short year ago, DeRe Gallery has become a fixture in the LA Art Scene. The gallery’s aim is to bring a touch of Europe and New York to the West Coast Art world.

The gallery has become a popular destination for art loving and collecting celebrities, and the opening of Blue Nudes was no different. Critics Choice and So You Think You Can Dance host, Cat Deeley came out to support celebrity photographer Brian Bowen Smith with his work Baby Blues. As well as star of Grey’s Anatomy, Jason George and Vampire Diaries actress, Kelly Hu who took in the show. Actress Diana Gettinger, the muse for the Baby Blues image, was also in attendance. Pictured above Actress Kelly Hu, gallery owner Steph Sebbag, actor Jason George, actor Mark Rhino Smith, and producer Cindy Cowan attend the “Blue Nudes” exhibtion on May 28, 2015 in West Hollywood, California.(Photo by Rochelle Brodin/Getty Images for De Re Gallery)

Drawing on inspiration from the celebrated images of the Blue Nude by Henri Matisse and Tom Wesselmann, the exhibition celebrates the prolific legacy of this image on a journey to the present day through the eyes of the 21st century artists.  Tom Wesselmann’s collection of Blue Nudes on display is one of the first eye-catching pieces as soon as you walk through the door. The collection includes the “Study for the Blue Nude, 2000” valued at $100,000.

Using mediums from oil painting to photography and intricate bead work, this dynamic art exhibition takes you on a journey through the eyes of some of the most stunning and inspired artists of the present day.

DJ Lady Monix, whose sets can frequently be heard at the SLS & Mondrian, created the music for the evening, while the guests enjoyed wine from the Martin Ray Winery.