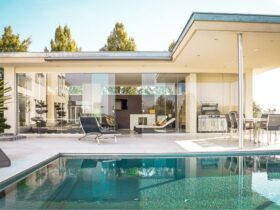 How to Get Your Home Ready to Sell

It’s the light-hearted punch line to any overtly obvious question and yet – the honest answer to “does a bear sh*t in the woods” could just as easily be “no”. The well-worn joke has now become a demand for Animals Asia backed by celebrity supporters and thousands of animal lovers worldwide – it really is time for bears to “go” where nature intended. As their campaign says:

“Let a bear sh!t in the woods”

Animals Asia are campaigning to end bear bile farming and have been joined in their latest campaign by celebrities pledging their support and they want millions more to give to charity as soon as possible.

In China 10,000 bears in tiny cages face excruciating daily bile extractions with the bile used for traditional medicines. There are a further 2,400 bears in bile farms in Vietnam.

Most are Asiatic black bears – better known as moon bears – with many taken from the wild and kept on farms for up to 30 years.

Animals Asia, one of the best and most effective charities for animals,  has rescued over 500 bears in China and Vietnam and runs sanctuaries in both countries. Animals Asia also recently took over a bear bile farm in Nanning, China, which it will turn into a sanctuary – demonstrating how farms can have cruelty free futures.

Speaking on behalf of his foundation, Ian Somerhalder said: “We at the IS Foundation believe we share an interconnected and universally tethered heartbeat with every different vessel of life inhabiting the planet alongside us. Whether roaring with pride, purring at our ankles, slithering through the wild, or swimming in our seas, we carry the utmost respect for all creatures. The practice of bear bile farming is inexcusable, unnecessary and inhumane. I am so proud of the Animals Asia campaign, ‘Let a bear sh!t in the woods’ for tackling this compassionless practice head on and demonstrating the positive transformation made when a bear bile farm became a sanctuary for these suffering creatures.”

Nikki Reed said: ”This cannot end soon enough. Every drop of bile extracted from bears, every minute those bears spend in tiny cages in China. It has to stop. We must stand shoulder to shoulder with animal lovers in China and find a way to end this without delay. Please join me and Animals Asia in pledging your support to this campaign.’’

Kellan Lutz said: “When I first heard about bear bile farming I couldn’t believe it. It’s one more insanely cruel act inflicted on innocent animals and it is not widely known about. More than 10,000 bears – mainly moon bears, but also sun bears and brown bears – are kept on bile farms in China, in tiny cages, and suffer these daily bile extractions. Most of these bears are starved and dehydrated. Please join us in spreading awareness and helping to end bear bile farming.”

Kristin Bauer van Straten said: ”Bear Bile farming should be something out of a horror novel but it’s unfortunately not fiction as hard as that is to believe. Bears are held in tiny metal cages their entire lives with tubes stuck in to their bodies to drain the bile from their gall bladders. Please sign to help us stop this painful existence for living creatures. We cannot allow this to exist on Earth any longer. ”

Russell Simmons said:“Over 10,000 bears in China are kept in tiny cages and face daily bile extractions through open wounds for use in traditional medicine. This must stop – please join with me and Animals Asia in pledging to do all you can to end this cruel industry. Together we can end bear bile farming.”

Alicia Silverstone said:”I can’t stand the thought of more than 10,000 caged bears living in constant pain for an unnecessary product. Please join me and Animals Asia by signing this pledge to end the barbaric practice of bear bile farming.”

Animals Asia is asking those opposed to bear bile farming to stand up to be counted alongside this incredible list of superstars.

“For bears that should spend their days foraging and exploring woods, mountains and forests – bear bile farms – and the conditions the bears are kept in – are no joke at all.  We hope this campaign raises a smile, followed by curiosity – then the sadness and outrage that we feel. Then we need people to pledge to help end this.

“It’s a pledge to end the practice, a pledge to show our solidarity with the many millions of people in Asia who are calling for the end of bear bile farming in their own countries. It’s a pledge to share the knowledge and continue to raise awareness.  It’s a pledge to consign this to history and allow bear numbers in the wild in China and Vietnam to rise again as the number in cages diminish.”

Across China and Vietnam thousands of bears are miserably lying in filthy cages where they can hardly move. They have earned the right to sh!t in the woods.