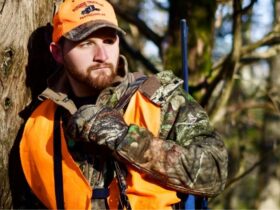 Mariah Carey’s fame and celebrity is no surprise. Her soaring voice catapulted her right to the top of the charts nearly thirty years ago. Today, she has legions of new fans equally as dazzled by her talent and range. So today, we focus our Celebrity Spotlight on the life and career of this vivacious star.  (Image Credit: MariahCarey.com)

Mariah Carey talent and love for music started at a young age due in part to the influence of her mother who was a vocal coach and opera singer in her own youth. A budding singer/songwriter in high school, she found music to be her respite and focused on it exclusive of other pursuits. Her tenacity surely paid off.

One thing is certain: Mariah Carey has no vocal rival. Not only is this talented celebrity’s voice crystal clear, she has a register that makes other singers envious. Most singer’s range extends 3.5 octaves which translates to roughly 42 notes. However, Mariah Carey boasts an impressive 5 octaves, including her whistle register. Indeed, that is 60 notes!

It was surely her distinctive voice that earned her her first record deal. After hearing only two songs of her demo, Tommy Mottola, the head of Columbia Records, insisted that she be signed to the label. The rest, as they say, is history!

From the get-go, Mariah Carey was a hit maker. Her debut album, Mariah Carey (1990), climbed to the top of the charts where it stayed for 11 weeks. As such, she earned two Grammy awards for Best New Artist and Best Female Pop Vocal Performance. The album went on to be the best-selling in the United States for 1991. She even broke a record held by the Jackson 5!

Her sophomore album, Emotions (1991), ultimately was not as successful as her first but that did not stop the upward trajectory of her career. The most popular song of her career, Hero, found a home on her third album, Music Box (1993). And the singer struck gold again the next year with the release of “All I Want for Christmas Is You”. The song has since become a holiday classic that spans generations.

With Las Vegas residencies becoming a viable way for star musicians to reach their fans in concert, it is no small wonder that Mariah Carey has had not one but two! In May 2015, the singer began a multi-year residency at Caesars Palace titled #1 to Infinity. The show highlighted each of Mariah Carey’s number one singles starting where it all began with Visions of Love, her first hit of 1990.

As expected, the residency was a hit, nearly selling out each show. So it came as no surprise to fans when the celebrity announced her second residency, again at Caesars, in April 2018. This show, The Butterfly Returns, had concert dates in the summer of 2018. Based upon the success, additional dates were added in 2019 and 2020.

Last year, Mariah Carey announced that she received a bipolar diagnosis nearly 20 years earlier. She joins a growing list of celebrities sharing their struggles with mental health. The singer admits that she kept the diagnosis private in fear that the news would negatively impact her career. However, she chose to disclose now in hopes the information will further acceptance of mental health issues and reduce its associated stigma.

A Celebrity with Purpose

While many have called the celebrity a diva, she is, in fact, a prolific philanthropist. Since the beginning of her career, she has supported famous charities like Save the Music and Make-A-Wish. She participated in a concert-series to raise awareness of global poverty. And the consummate New Yorker even used her fame to support the Administration of Child Services (ACS),  encouraging permanent foster placement for children without families.

However, the mother-of-two’s most impactful contribution to those in need might be the creation of The Carey Career Awareness Camp, known as Camp Mariah. Located in upstate New York, this camp hosts impoverished boys and girls between the ages of 12 and 14 for a 3.5 week experience. During their time in the fresh air, the camp endeavors to expose children to science, technology, and arts programs in hopes of inspiring them to take up careers in those fields.

Mariah Carey released her newest and 15th studio album, Caution, in 2018. As such, she is currently touring the world in concert. Much of the United States portion is complete. But there is still time to catch Leg 4 at her Las Vegas residency in Caesars Palace. Grab your tickets now!