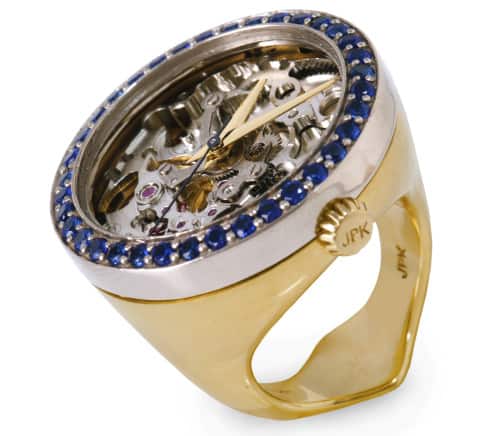 Why You Should Own One….

The Bugatti Veyron 16.4 is a statement of a masterpiece. It combines design elegance and state of the art technology to present a true designer car. It drives as impressive as it looks. At a whopping price range of $1.29m to $2.35m, these are the most expensive cars in the world. It is also the fastest street-legal sports car, topping at 253.81 mph. So why should you be willing to spend millions to get this beauty? Below are the reasons!

The Colors To Gloat Over

The two-tone color combinations of the Bugatti Veyron are done up exquisitely. Yet they are not standardized: the red/black gives it a look of an angry cat with the red on the hood and the interior with black everywhere else. You can also go with yellow and blue: blue on the fenders and the doors and yellow everywhere else. You can go absolutely inorganic with an extreme shiny grey finish that you can see your own reflection. A fiery orange and black combo turns it into a lioness ready to pounce. Few designers achieve the looks of VIP style cars like the Bugatti Veyron designers.

The everyday top speed of the Bugatti Veyron is 220 mph. At this point, the hydraulics lowers the car to 3.5” from the pavement and the spoiler is raised automatically. This keeps the Bugatti stable at the higher speeds and you do not feel the wobble. Bugatti is not shy to let you indulge in the high speed driving experience: it just makes it safer. This is one more reason why the price of this most expensive cars is justified.

The Napa leather seats and rear reading lights are simply awesome. The interior of these super cool cars is a mini cockpit with data showing upon the rearview mirror. The hands free mobile operates through an excellent speech control system. The very high quality sound output, by installing the Bermester sound system, makes the music come alive while driving. Attention to these details is what makes the Bugatti Veyron one of the most expensive cars in the VIP style cars category.

Ettore Bugatti, an Italian born French citizen, was famous for building sports cars. Known for his immaculately designed cars that had won races, the brand Bugatti was a choice in a very short list of luxury imports around European countries. Ettore belonged to a family of artists and he attributed his eye for the design to his heritage. He was designing engine driven tri-cycles before he turned 18 and in 1909, he opened his manufacturing and launched the Ettore Bugatti brand. The high quality of construction made him famous and set the tradition of selling exclusively designed, expensive cars.

After suffering losses and seeing 2 World Wars, the EB was given for dead, till Volkswagon decided to put life back into the EB brand, seeing profits in selling the world’s most expensive cars. Thus the Bugatti Veyron EB 16.4 was born.