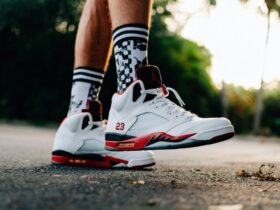 On Thursday, December 15th the Sunset Marquis Hotel and Morrison Hotel Gallery will be presenting a holiday soiree not to be missed. Hosted by Bad Santa himself, Billy Bob Thornton and sponsored by Miramax, the party will take over the 3 ½ acres of the hotel including its award-winning restaurant, bar and café. (Image by ©Timothy White 2016)

But the star of the night isn’t just the party, it’s Timothy White’s photographs as well. One of the most renowned photographers of our generation, his work has influenced pop culture in ways you may not even be aware of. A recipient of the Lucie Award for International Photographer of the Year, Mr. White, a partner of Morrison Hotel Gallery, will exhibit some of the most powerful examples from his body of work – only a snippet of the thousands of images he has created throughout his career.

The exhibit will be 35 to 40 images and feature commanding photographs of subjects such as Aretha Franklin, Harrison Ford, Brad Pitt, James Brown, Johnny Depp, Luciano Pavarotti, Michael Jackson, Audrey Hepburn, Jay Z, Robin Williams, Bruce Springsteen, Elizabeth Taylor and many others. In addition to the exhibit, White’s work is displayed throughout the hotel in larger than life 40×60 images.

Staying true to form, Mr. White has created a counter culture of cool at the Sunset Marquis by hosting one-of-a-kind monthly events that feature exhibits from other Morrison Hotel Gallery photographers, rare film shown on a 30-foot screen, live performances, and more. White has worked with some of the most legendary talents in music, movies and TV, and has photographed some of the most recognizable movie posters of our time. His work has been featured on the covers and in the pages of countless high-profile publications and album covers of some of the most extraordinary musicians.

Dawn Kamerling, owner and CEO of The Press House says of White, “In the 20 years I have been doing PR, it’s rare to come across someone as creative and passionate as Timothy White. I have no doubt that he and his work will leave a significant mark on the thumbprint of art for our generation.”

White has photographed the movie posters for Bad Santa and Bad Santa 2, which opened November 23rd, along with several other posters for Miramax films.

The holiday party is invite only and not open to the public.