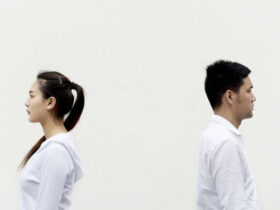 Most Common Misunderstandings After a Decade of Marriage

This year in Beverly Hills will be “100 percent” Centennial-themed as a series of 100th-anniversary events and installations are premiered, unveiled and launched. On January 28, 1914, Beverly Hills was incorporated, forming an independent City. Since then, Beverly Hills has thrived, growing into a prosperous, beautiful and world-renowned community. The City kicked off the Centennial year with a beautiful float in the Tournament of Roses parade on January 1. Please join us throughout 2014 as we continue to celebrate 100 years of success:

The public is invited to a participate in the planting of the Centennial tree – a Ficus Macrophylla (Moreton Bay Fig) – while reflecting on the history of the urban forest, past and present. Beverly Gardens Park, Santa Monica Boulevard and Crescent Drive.

Councilmembers will formally dedicate the pond in front of the Beverly Hills sign. To coincide with the Centennial, the historic Lily Pond has been recreated as the first phase in the Beverly Gardens Park restoration project.

Rodeo Drive will host a huge block party to commemorate the City’s Centennial and the April 24 Independence Day. The evening’s fun includes carnival rides, entertainment, a “Taste of Beverly Hills” food festival, historical displays, fireworks and a cake big enough to feed 15,000 people. Located at the 200, 300 and 400 blocks of Rodeo Drive.

In addition to the featured celebrations mentioned above, the City’s signature annual events, such as Woofstock, Greystone Concours d’Elegance, the Father’s Day Rodeo Drive Concours, the Farmers’ Market Piesta and the Beverly Hills Art Show will be back with Centennial themes! Check the City’s website often for updates and new events: www.beverlyhills.org/