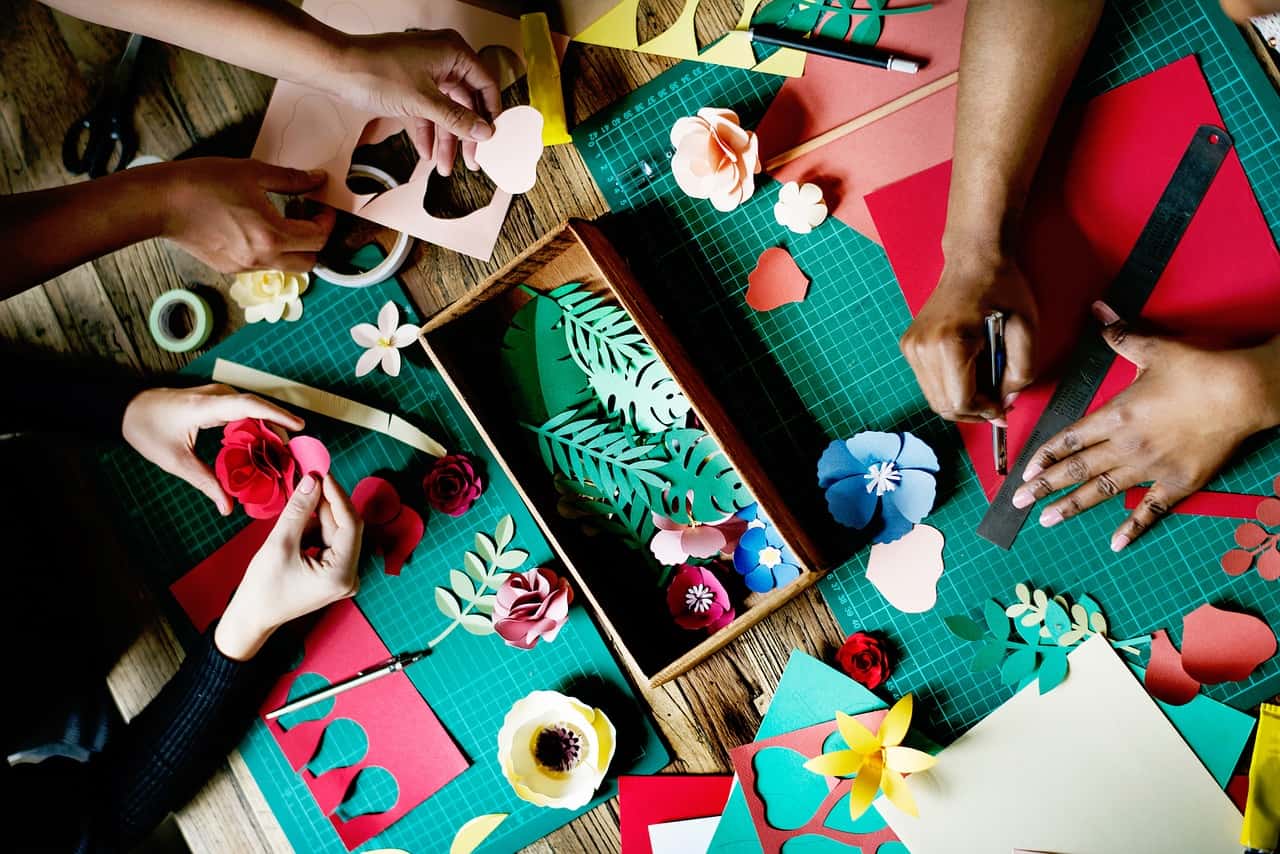 Rheumatic diseases is a very broad concept. It is a group of diseases that includes many diseases, including rheumatoid arthritis (RA), juvenile idiopathic arthritis, spondyloarthropathies, osteoporosis, gout or Arthritis, which is one of the most common diseases of the locomotor system. Is the use of CBD in people struggling with this condition justified? (Image Credit: Endoca.com

Arthritis is very common – statistical data show that up to half of people over 40 can struggle with it. Many of these people complain of day-to-day functioning, which is often severely limited due to joint abnormalities. Unfortunately, many activities of daily life contribute significantly to the development of Arthritis. These include forced postures during work, overloading joints during work, or obesity, which increases the risk of developing Arthritis.

According to statistics, women are more likely to get sick than men, and for obvious reasons, the incidence of arthritis increases with age. People who have degenerative changes in their joints do not always report any symptoms. However, it should be noted that many of these changes are visible on radiographs. Of course, the exact symptoms that patients report often depend on the joint in which the abnormality is located – degenerative changes may affect both small joints (e.g. hand joints), and larger ones, such as the hip joint, knee joint or spine joints.

The form of the disease does not have to be isolated and often takes the polyarticular form we refer to when the joints are involved in more than 3 locations. Pain is the dominant symptom with which patients often consult a doctor. Depending on the severity of the pain, this pain may occur both when resting and moving. There is also a restriction of mobility in the joint, which with the disease progression may even lead to muscle atrophy.

Treatment of Arthritis is based on physiotherapeutic activities, surgery and analgesic treatment. The administration of painkillers is most often based on the use of paracetamol, non-steroidal anti-inflammatory drugs (NSAIDs) or opioids. Paracetamol is not always sufficient, and chronic administration of NSAIDs carries the risk of gastrointestinal side effects. Opioids are more potent, but their use is also associated with the risk of side effects such as feeling sleepy and balance disorders.

It has long been known that cannabinoids may have an analgesic effect. It is worth noting that there are more and more reports on this topic and evidence in the form of scientific studies on a representative group of patients that assessed the long-term effects of CBD as positive. As a result, cannabinoids are used in today’s medicine on a larger scale. There have also been animal studies that have shown that prophylactic use of CBD can prevent later onset of joint disorders.

Additionally, CBD also reduced inflammation in inflamed joints. CBD may also have properties that would reverse the occurrence of structural disorders in the joints. An additional advantage that may positively influence the decision to use CBD are its properties – it does not have a euphoric effect, modulates the endocannabinoid system and is an antagonist of the CB1 receptor. CBD-based agents have been officially registered in Canada for the treatment of neuropathic pain and pain associated with oncological diseases. It is worth noting that it is necessary to conduct the appropriate research, thanks to which it will be possible to accurately determine whether the use of CBD in specific disease entities can act preventively.

Here are 7 health and wellness benefits of CBD oil that are supported through scientific documentation.

Weed has been actually utilized to address ache as distant as 2900 B.C. (). More just recently, experts have actually found out that specific components of weed, including CBD, are accountable for its own pain-relieving effects. The individual physical body consists of a specialized device phoned the endocannabinoid device (ECS), which is entailed in regulating a variety of features including rest, hunger, ache as well as immune device reaction (). The physical body creates endocannabinoids, which are natural chemicals that bind to cannabinoid receptors in your worried device.

How CBD is legalized is still not clear. In several areas, the use of it is already permitted legally. Under the Farm Bill, the THC content of hemp-derived products must not go beyond 0.3%. This is where the confusion also comes in on those specifics. Before traveling with CBD to other areas, be sure to have inspected the legality in that state to avoid a problem.

The Benefits of CBD Oil

Cannabidiol has been used by many and they could testify the good effects to their wellness. Dependency or addiction is less to be anxious about CBD oil. Users should avoid getting worried about getting addicted to the use of it. Benefits listed below are exactly what the users and experts have been saying.

Relief From Chronic Pain and Swelling

In other areas such as Canada, using CBD oil for cancer pain treatment is already legalized. An animal study on the compound shows that it offers significant relief from chronic inflammation in rats. The findings of it can be read in the Journal of Experimental Medicine. Chronic pain could be reduced by using CBD Oil. That’s exactly what the authors have suggested in the study. Non-infectious conditions such as Alzheimer’s Disease, cancer, diabetes, and heart disease are the leading effects of this chronic inflammation. Swelling that becomes chronic as well as lasts for longer periods leads to non-infectious illnesses such as cancer, diabetes, heart disease, and Alzheimer’s disease. Indeed, CBD can treat inflammation.

There was a study conducted in the New England Journal of Medicine. The subjects who used CBD has demonstrated a decrease in seizures for about 23%. Hence, the anti-seizure properties of CBD have been proven. A neurological disorder common among children can be cured with this CBD. Other effects brought by epilepsy can also be prevented by using it. Neuronal injury, psychiatric illnesses, and neurodegeneration are some of them.

The US Food and Drug Administration (FDA) approved the prescription-based use of Epidiolex oil in epileptic patients younger than 2 years of age. Epidiolex is a CBD oil in its purified form. Among the marijuana-derived products approved by the FDA, Epidiolex is the first of them.

CBD Helps With Anxiety and Depression

Depression and anxiety are problems that can be efficiently remedied by CBD oil as concluded by the findings of a study conducted by the Anxiety and Depression Association of America. From the total population of the US, 18% are suffering from anxiety and another 6% for depression. In 2015, the Neurotherapeutics journal had published a review that CBD can actually help people experiencing anxiety. Medical professionals have the opposite advice that the use of cannabis can help bring anxiety and paranoia. In addition to this, CBD has shown to basically help people suffering from lack of confidence and discomfort while dealing with others or typically when they are in public.

Heart problems are a worldwide phenomenon and the US is the leading nation in cases like this. Besides healthy routines, by using CBD, it can aid in this area. In 2017, a study was published in JCI Insight. These are the good things said by this research, reduction in artery blockage, blood pressure as well as cholesterol levels. Swelling and oxidative stress are triggering aspects of heart disorders. With CBD, these are generally averted too.

Newly Emerged Strains of Bacteria can be Eliminated

In 2011, research was performed. Research has found the effectiveness of cannabinoids in dealing with drug-resistant strains of bacteria. The study used rodents as subjects. They discovered that CBD may cause the slow development of tuberculosis. Their conclusion is due to the inhibition of T-cell proliferation brought on by CBD. Even a recently emerged strain of bacteria can be destroyed by CBD.

As previously discussed above, CBD helps fight inflammation. A weak immune system is one of the reasons behind the attack in one’s pancreatic cells resulting in Type 1 Diabetes. The study in 2016 conducted and published in Lisbon, Portugal found that Type 1 Diabetes can be slowed up by using CBD oil.

Therapy and the use of pharmaceutical drugs are required to cure schizophrenia, a type of mental and psychological disorder. Side effects are the drawback of taking these drugs even though they are effective. Unlike utilizing CBD oil, you won’t have to be worried about these negative effects while handling hallucination issues. Various types of research could claim that a treatment of psychosis utilizing CBD is safer.

Enhance the Quality of Skin Conditions

Eczema and pimples are some of the skin conditions that CBD oil can help cure. The final results of the studies show that abnormal cells can be efficiently eliminated by CBD. The production of oil in the skin is the major cause of acne, regulation of which can help lessen acne. Vitamin E is one of the nutrients found in cannabidiol. This is responsible for protecting and adding nourishment to the skin.