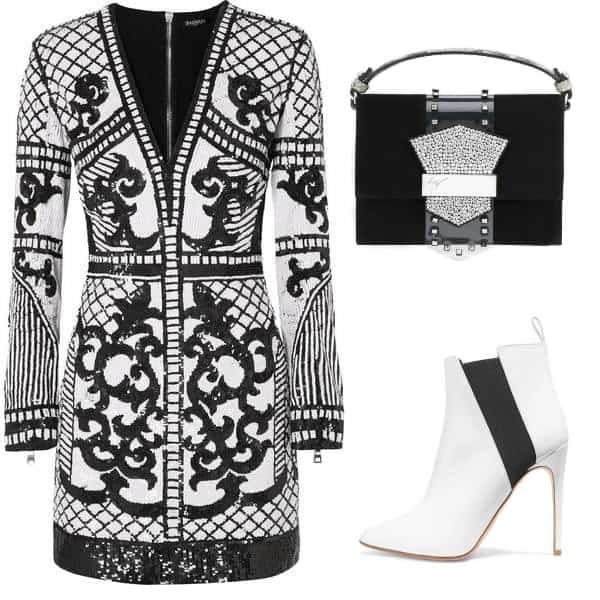 Our Hollywood Spotlight shines light on Mr. Erik Lomis of Annapurna Pictures. We sat down with Mr. Lomis as he takes us on a journey into his real true Hollywood story…

Most people come to Hollywood with a dream, but not Erik Lomis, who currently oversees distribution and other business operations at the company. His dream began when he was just a young boy living in Philadelphia, who was determined to run a theater circuit when he began working at the Plymouth Cinema in Pennsylvania.

Erik Lomis was ushered into the world of Hollywood by one of the great executives of his time working under the tutelage of a Mr. Merton Shapiro, who founded the Sameric theater chain on the East Coast. The Sameric chain was one of the first to introduce multiple screens to moviegoers, a pioneer of its time. When Mr. Shapiro sold it in 1988 to United Artists Theaters, the nation’s biggest movie chain, it was the second-largest chain in the Philadelphia region, with 48 theaters and 124 screens. It also was the only independently owned string of movie houses in the region. While working for him, Lomis joined Shapiro on trips to Los Angeles, staying in Beverly Hill’s mansions, socializing with Hollywood’s elite like Alan Ladd Jr., Jay Kanter, Kirk Kerkorian and John Wayne, all before the age of 21. This is when Erik received real life insight into the real “Hollywood” and learned the reality of; it really is all about who you know.

Erik Lomis became one of the major film buyers for the theater chain before leaving to join MGM where Mr. Lomis earned himself the position as President of Domestic Distribution. In 2005, when they shut down that division, he went independent as a consultant under his own company, Movie Concepts, which advised on the domestic and foreign marketing and distribution of feature films.  Mr. Lomis worked with MGM to strategize on the international release of the blockbuster hit Rocky Balboa via his consulting firm. As President, Mr. Lomis was a part of the greenlight committee and oversaw the distribution for Legally Blonde, Barber Shop, and four of the James Bond films including Goldeneye, Tomorrow Never Dies, The World is Not Enough, and Die Another Day. In 2011, Erik Lomis joined The Weinstein Company as the head of their worldwide distribution department where he garnersed a diverse education working with Bob and Harvey Weinstein. He recently left The Weinsten Co for an executive position at Annapurna Pictures.

We sat down with Hollywood executive, Erik Lomis to get his insight on the real Hollywood behind the scenes…

What is your opinion of “Hollywood”? “Where else would you rather be?!”

What are some of the trends taking place in Hollywood? “The biggest hot button right now is the theatrical windows. There’s talk of condensing these windows from the traditional 90 days, to possible same day access. This is because of the increasing popularity of the digital world, with more and more digital downloads, and it would cause marketing expenses not to be so spread out. Now this might work on some films, but not on others. For the public, movie going is a one of a kind communal experience that is like nothing else. It’s a place where people can go out and enjoy life, they can laugh, they can cry, while enjoying a film with others. So in the best interest of everybody, including many filmmakers and studios, we’d like to see the 90 day minimum window remain. There’s personal worth and value in doing so.”

What makes a “good movie”…Good? “First, you have to have talented filmmakers, and then you have to have a good story. The story is the most important thing. That’s why I enjoy working at The Weinstein Company, it draws me back to my roots, reminds me that it’s important not to lose sight of the art of movies.”

What makes a film successful? “There are several factors that make a film successful. You have to have someone who knows how to sell it; from the positioning of release dates, and marketing campaigns, as well as the talent efforts and involvement, these are all vital to the success of any film. Some foreign markets don’t allow television advertising of films, for example, in such cases a more strategic marketing campaign needs to be implemented. So it’s about knowing what these international guidelines are in every market and how to effectively work with them, that ensures our films are successful.”

Why are films an important part of culture and society? “Films are a product that we export to the world. It’s a platform that can cause changes in the way people behave and the way they think. You can quite literally change the world; it’s that powerful of a medium. It’s important to us that we make high quality films across all genres that have an important message within them. Films are entertaining but they have meaning. ”

What makes Annapurna Pictures different? “We make films based on passion. We understand and incorporate the importance of social relevance and messaging into our films. Movies have to be made for somebody, so we always consider our audience. We don’t make deals, we make movies; if we like the story and we’re passionate about the project, we’ll make the movie.”

Have you discovered your personal purpose in what you do? “I have a beautiful wife Patricia, two beautiful daughters, Nicole and Natalia, and a fantastic son Zach. Each and every day the most important thing is making sure they’re happy. What greater purpose can there be than that? My family…My family is my purpose.”

It’s safe to say, Erik Lomis is one of the most successful Hollywood executives in the business today. With his impressive repertoire of experience and his breadth of knowledge, some he learned from the best, he is forging the way in the world of Hollywood through his specific niche of worldwide marketing and distribution. It’s no surprise that Annapurna Pictures is one of the best, with a man like Erik Lomis on their team, they are definitely playing to win.