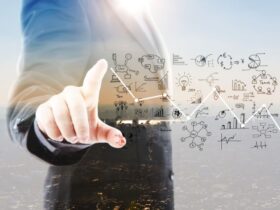 Introducing the new AR1 by Alessi, new and innovative Supercars to first hit the market in 1979 at the New York Auto Show. This engineering beauty proves that the future of the supercar world is looking bright.

Nick Alessi began his car designing dream when he was just 12 years old. He designed the first concept car of the AR-1 in 1982, and has since been working on redesigning and improving it with a new vision for the AR-1. Well here it is…Let’s take a closer look.

Move over Ferrari, there’s a new kid in town…The new Alessi AR-1 dream cars are more than an American muscle car, they are modern day luxury sport supercars with all the bells and whistles. With dream car good looks and race car performance specs this is one of those cool cars that everyone will love.

The AR-1 engine is a GM 5.7 liter twin turbo capable of race track speeds with powerful torque. The braking systems has 14 inch front disc carrying 6 piston calibers up the rear. With a unique design the back retracts revealing the beast of an engine with a powerful roar showing off the true power behind the build. A hydro boost master cylinder insures that the turbo is always free to push beyond current speed. Reaching over 700 horsepower, with your choice of 5 speed manual transmission or a paddle shift 5 or 6 speed, the AR-1 is fun to drive. Weighing in at just over 3000lbs this dream car is light on the road giving it optimal performance potential, reaching 0-60mph in just 3.4 seconds with maximum speed of 200 mph. With sleek design lines this fiberglass chassis is a thing of beauty.

The interior of these Alessi AR-1 dream cars is exceptional and tailored to perfection. The interior offers a rich and premium feel to the cabin overall and is 100% customizable as per the requirement of client. The interior is well designed with a cockpit like dash and driver’s side gauges lit up for smooth nighttime driving. The steering wheel is sporty and flat-bottomed and along with ergonomically laid out controls offer sheer driving pleasure and an exciting ride. The strength of the AR-1 compared to other well established sports cars lies in the fact that it is available with personal customization options and is one of the most exclusive supercars with only 50 available for custom order.

With only 50 cars in production to custom ordered owners, these are rare and exclusive exotic cars that will make any collector’s dream come true. Alessi Car Design maintains old world craftsmanship while integrating all of today’s modern technologies and innovations.  At $ 145,000 for the base model it surely is one of the most expensive cars. But what you get is inspiring and well designed sport supercars with excellent performance and ride characteristics along with the choice to customize it as you like making it a must have car in the garage alongside the elegant Bentley and Maybach options.

Take it for a spin!