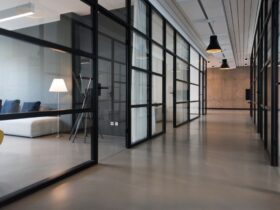 5 Questions To Ask About Premises Liability

Hollywood’s favorite television and movie stars stepped onto the red carpet to join their peers in honoring the winners of the 66th Annual Emmy Awards. The ladies dazzled in the usual Hollywood gowns filling the carpet with beautiful glitz and glamour. The men looked dashing and distinguished like true Hollywood stars. The night was filled with unforgettable laughter and joyous camaraderie among industry professionals. Here we give you the complete list of all awards presented to this year’s list of lucky winners. (Images provided by Academy of Television Arts & Sciences)

OUTSTANDING WRITING FOR A COMEDY SERIES

So Did The Fat Lady

OUTSTANDING DIRECTING FOR A COMEDY SERIES

OUTSTANDING WRITING FOR A MINISERIES, MOVIE OR A DRAMATIC SPECIAL

OUTSTANDING SUPPORTING ACTRESS IN A MINISERIES OR A MOVIE

OUTSTANDING SUPPORTING ACTOR IN A MINISERIES OR A MOVIE

OUTSTANDING DIRECTING FOR A MINISERIES, MOVIE OR A DRAMATIC SPECIAL

OUTSTANDING LEAD ACTOR IN A MINISERIES OR A MOVIE

OUTSTANDING LEAD ACTRESS IN A MINISERIES OR A MOVIE

OUTSTANDING WRITING FOR A VARIETY SPECIAL

Sarah Silverman: We Are Miracles

OUTSTANDING DIRECTING FOR A VARIETY SPECIAL

OUTSTANDING DIRECTING FOR A DRAMA SERIES

OUTSTANDING WRITING FOR A DRAMA SERIES

Stewart A. Lyons, Produced by