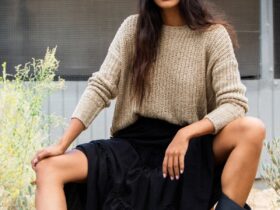 I love taking a cup of coffee every morning before my workout, which will be followed by a shower, and whatever comes after. That mug of coffee is my favorite. It powers up my day, activates my mind as much as the body. Do you know what’s even better? I could always walk into a coffee shop for another round of energy. Here are 5 coffee-facts you didn’t know. (Image Credits: Emre Gencer/Unsplash)

Coffee is more of a culture than just a drink.  In 1511, the governor of Mecca Circa had banned the use of coffee, claiming it encouraged people to come together to plot against him. The ban did not last, but this goes to show that the culture started from way back.

The people behind Sip Coffee House stated that coffee is a staple around the world and a part of people’s everyday life. As we tend to catch up over coffee, take coffee breaks, have coffee during meetings and presentations, a good population takes coffee first thing in the morning or multiple times a day.

Coffee chains have learned to tap into the culture and have their place in the market.

Do you know coffee can be used to power cars? The same way it gives you the energy to start your day, so could it power a vehicle. That does not happen as quickly as mixing it in water or milk, unfortunately.

Martin Bacon went through the trouble of installing a charcoal stove on the car, which broke down the coffee bean chaff into hydrogen and carbon monoxide. The gas was then cooled and filtered, and the hydrogen was used to power the gasoline engine.

This whole process took lots of patience, of course, but voila! Bacon had done it again, hitting a 65mph mark, higher speed than his first try that only got to hit a 60mph mark. Isn’t it incredible!

I can imagine the exhaust must smell like coffee other than the fumes we get from other oils. Coffee powered cars might be our future.

Coffee has numerous antioxidants and essential nutrients. Antioxidants help fight damaging body cells that would result in cancer growth. Taking coffee every morning nourishes your energy and helps you burn your fat faster.

Your doctor may recommend taking coffee every day if your family has a history of Alzheimer’s disease.

Two Coffee-States of the US and State of UK

The best growing conditions for coffee include fertile soil, tropical climate with few pests and diseases, and more- the region along the equator makes the coffee belt. So said, the UK does not thrive in the growth of coffee, and only two states in the United States grow coffee.

Hawaii island, with its volcanic soil being a high contributor to their success of coffee production. California has also recently taken up coffee planting.

They started it as more of an experiment where they have been able to bring up enough stems, and the coffee might become one of their major productions. It is said that ‘he who eats should engage in production.’

We could never have too much coffee, and any new production styles should have experimented so that we can come up with ways to bring up as many coffee- bushes as possible.

Did you know that coffee is one of the most demanded commodities after oil? The demand for coffee is currently on the rise, outstripping the supply. The price of coffee is also rising altogether, with its lower availability due to setbacks in the production.

Climate has generally become unpredictable with the occurrence of prolonged dry periods and the disease; coffee rust fungus also poses a threat to its production. It is therefore highly recommended that every country with the capacity to produce to do so optimally.

Coffee little known facts cannot be exhausted in one single piece. We should continue promoting the growth and cultivation of coffee as it has numerous benefits.

As for me,  I’ll take another round for the day.