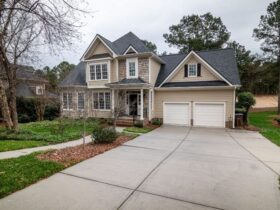 How To Repair Cracks In Your Concrete Driveway

The Porsche Taycan, the luxury car brand’s first electric vehicle (EV), brings a driving experience that, according to critics, other EVs have yet to match.

Often compared with the Tesla Model S, this battery-powered sports sedan has a lot to boast when it comes to speed, power, and driving comfort. So before buying your dream car, make sure to check out the Porsche Taycan’s two variants —Turbo and Turbo S. They’re expected to hit the market before 2019 ends.

Let’s get to know the 2020 Porsche Taycan and the 2012 Tesla Model S better. (Image Credit: Porsche.com)

Porsche lets you choose between two versions of its Taycan EV, Turbo and Turbo S, each with several upgrade options available. Its price starts at $150,000 for an entry-level Turbo and can go as high as $241,500 for a Turbo S with the highest specifications.

On the road, this feels like effortless acceleration and unrestrained energy. Exhilarating, for sure, but with not a hint of engine noise (although the car’s background sound options let you fabricate this for props if you feel like it).

The Taycan comes with a 93.4-kilowatt-hour battery built into the chassis. It can carry you as far as 280 miles. And with 270 kilowatts of DC fast charging, it can take your battery from 5 to 80 percent in 20 minutes. This is faster than the Model S and may just be the most efficient battery you’ve seen so far.

The car’s 800-volt power system is explosive but dependable. According to Motor1.com, Porsche Taycan is the first EV that can do acceleration runs over and over without overheating.

It has a bigger 100-kilowatt-hour battery that can charge up to 150 kilowatts, slower than Porsche’s charging speed.

Although Tesla cars often received polarized reviews when it comes to its minimalist designs, a good majority are beginning to appreciate and associate its aesthetics with luxury.

The Model S remains on-brand with its stylishly futuristic and rebelliously minimalist lines for both the exterior and interior. Its cabin has no grills and is noticeably different from every other car interior. Spaceship-like, some say.

Moreover, the Model S receives kudos for its comfortable and spacious seats, for both front and back passengers. This one has more breathing (and leg) room.

Taycan’s exterior will remind Porsche enthusiasts of the Porsche 911, which it closely resembles, and the Panamera, which has similar proportions. This EV is available in 10 colors and has nine upholstery choices.

Inside, the Porsche Taycan is on-brand. It has veered away from previous interiors that have multiple buttons and switches. Now, it has a minimalist vibe with a multi-touchscreen infotainment system.

The only critic, perhaps, is the cramped back passenger seating, which long-legged passengers may find uncomfortable.

It’s interesting to note that it may look initially faster than the Turbo S, as it can get to 60mph in 2.4 seconds (compared to Turbo S’s 2.6 seconds). But it would need around 3.6 seconds to get it to 100mph, something the Turbo S can do in 2.8. True enough, the Turbo S beat it in a trial race by Top Gear.

A heavy battery, imperfect autonomous driving system, and higher cost of replacing parts like windshields, brakes, or other EV components, are some criticisms against electric cars.

But with the clamor for climate change from Barrie City to London getting louder each month, these cons are looking more like negligible imperfections compared to the long-term benefits of going emission-free. With luxury electric vehicles reinventing the driving experience, who wouldn’t be tempted to shift to eco-friendly EVs?