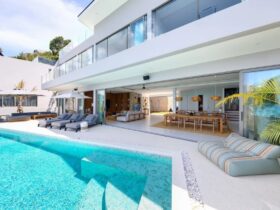 Zhejiang has quietly but steadily transformed from being just ‘one of the provinces’ in China to becoming the country’s new economic power base. The province’s ‘billionaire destination’ status is anchored on its contribution to China’s economy and its performance against global standards.

From producing the current serving President of the People’s Republic of China, Xi Jinping, to the highest number of billionaires in any region in Asia, Zhejiang has become a force to be reckoned with on all fronts.

Explaining the winning formula of the province to CNNMoney in 2016, Jack Ma, billionaire CEO of leading online platform e-commerce platform, Alibaba, and native of Hangzhou in Zhejiang, had attributed the economic achievements of the province to “It’s… surroundings, culture, (and) history”.

Today, such environment, culture, and history cited have seen the region produce 72 billionaires, 32 of which live in the capital city of Hangzhou – that’s two more than Paris and four more than California’s San Francisco. Notable among the 72 billionaires from the region are Neil Shen, founder of Sequoia Capital China; Ding Lei, founder of NetEase; and Li Shufu, founder of Geely Auto Group, which owns Volvo and is based in Hangzhou. With a population that makes up just about 5% of China’s population, the region produces about 15% of the country’s richest people, according to Rupert Hoogewerf, chairman, Hurun Report.

But that’s not all. Beyond the individual billionaire count, Zhejiang’s overall economic stats are equally mouth-watering. With a staggering GDP of 5.1768 trillion RMB which is 766.7 billion USD for the year 2017 (bigger than the GDP of Netherlands in 2016!), the Province of Zhejiang has become a glowing haven of wealth creation.

Apart from Hangzhou, which produces 44% of the region’s billionaires, other parts of the region contribute to Zhejiang’s meteoric GDP. The city of Wenzhou, for instance, produces 70% of the world’s cigarette lighters and 60% of its buttons. So also is the city of Ningbo which is home to the stunning international port of China, which has been described as a perfect integration of history and urban development, a big star in Zhejiang.

Over the past few years, the province made significant achievements in rural areas construction after launching a series of reform and opening up initiatives. The Hangzhou Great Bay Area, a key component of the geographic and economic planning of Zhejiang, is one the notable projects of the reform agenda. The Hangzhou Great Bay Area strategy when fully completed will integrate strategic resources to create a giant regional economic hub in China.

Beside a positive yearly review of the performance of the Zhejiang Provincial Government at the 2018 Two Sessions which saw the Zhejiang economy’s GDP soar to over 5 trillion CNY, representing a 7.8% increase on the previous year, the array of socio-economic development plans also portend a greater future for the province as the  provincial government resolved from the just concluded two sessions to pursue the following key areas of social economic investments to drive the Reform and Opening Up initiative.

The areas of priority include the ‘At-Most-One-Time Presence’ Reform, traffic congestion management, establishment of a free trade zone and preschool education.

Driving these priority areas is a desire to provide the best problem-solving solutions through a full-scale implementation of the “at-most-one-time presence” reform with the goal of providing a working system which streamlines administrative procedures and reduces red tape for both individuals and businesses.

Similarly, the preschool education project seeks to provide equal opportunity and high-quality education for every child, while its traffic congestion management seeks to deepen the management of traffic congestion efforts within the province. The free trade zone on its part is designed to solidify the gains of the reform and opening up initiative.

In addition to all these achievements and developmental proposals, the Chinese government is also planning to build a 161-km-long, six-lane intelligent expressway in the province. The freeway, linking Hangzhou with Ningbo, is expected to increase the average traffic speed by 20 to 30 percent, slashing the travel time between the two cities from two hours to just one.

The new intelligent expressway system will incorporate a monitoring system as well as a warning system to maintain the safety of vehicles while increasing the average traffic speed, the state-run Xinhua news agency reported. “It will also include Internet of vehicles technology, supporting autonomous driving in the future,” said Ren Zhong, deputy director of the provincial department of transportation.

Zhejiang Daily Media believes the combined effect of all the amazing economic and social development stats are enough pointers to the emergence of Zhejiang as the new Billionaire Destination of choice in China and the world.

Zhejiang Daily Media is a media production company based out of Hangzhou. Listed in the New York-based World Brand Lab’s ‘World’s 500 Most Influential Media Brands’ for the past 5 consecutive years, the outfit is on a mission to aid a global understanding of China from the perspective of Zhejiang.