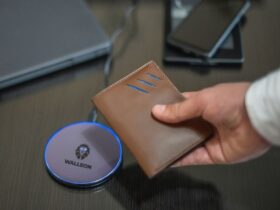 Stepping into Wolfgang’s Steakhouse Beverly Hills restaurant,  it’s as if you’ve stepped into a time warp, with a pianist crooning tunes from the Rat Pack Era, topnotch service, and swanky entrance emulating the Vegas vibes of the 60’s.  Behind the elegant bar is the main dining room full of hustle and bustle with over sized lighting fixtures, widely spaced tables and a glass 1,000 bottle wine-wall, adding a touch of modern decor.

Wolfgang’s Steakhouse in Beverly Hills started off in 2008 as the new kid on the wrong block, getting slapped with a lawsuit from Wolfgang Puck over the name of the restaurant. Fortunately for Wolfgang Zwiener, the court sided with him and his birth given name, allowing him to retain his name on the restaurant.

Today Wolfgang’s Beverly Hills restaurant thrives as one of the only places in Los Angeles offering 28 day dry-aged beef, using their own aging box. The beef is stored in a dry aging cabinet to intensify its flavor.

Using the same supplier of beef that supplies the illustrious Peter Luger of New York, it comes as no surprise as Wolfgang Zwiener worked at Luger as the headwaiter at for four decades before leaving to open his own version in Manhattan expanding to Los Angeles, Miami, Waikiki and Tokyo. With an explosive growth like this, we’re convinced he’s doing a lot of things right.

As for the food, Wolfgang’s restaurant closely follows the Peter Luger playbook. The menu doesn’t offer many beef cuts and the porterhouse for two takes center stage. The Porterhouse is a beautiful piece of dry-aged beef, arriving with sizzling butter, charred on the outside, medium rare at the center and already cut off the bone. As the meat is platted, the waiter will call out the cuts — fillet, New York strip, letting the patron know exactly what they’ll be eating.

They offer a variety of fresh, chilled seafood like Jumbo Shrimp Cocktail, Clams and Oysters on the Half Shell, to a few classic salads as starters. For non-beef eaters, they offer Lamb Chops, a variety of Grilled Fish, and Lobster, and finally a nice variety of classic Side Dishes, from Creamed Spinach, Sautéed Mushrooms, to the Baked Potato which will leave you feeling full and satisfied. Classic desserts include the chocolate cake and the creme brûlée, but the warm apple strudel and ice cream sundae are the desserts to order for first timers.

In addition to the diner menu, Wolfgang’s has one of the city’s best Happy Hours. Offering an all $7 menu which includes oysters, tuna tartare and lobster, steak or burger sliders, this Beverly Hills restaurant favorite pastime goes till 7pm. During the summer, this is the place to sit on their patio and enjoy the LA scene.

With over forty years in the business, Wolfgang’s Steakhouse Beverly Hills is a high-quality American Steakhouse that has become the go to spot for celebrities and continues to boast some of the best cuts you’ll find in LA. Call now to book your reservation for dinner tonight at this famous Beverly Hills restaurant.