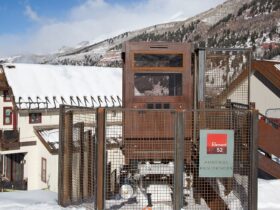 It’s easy to get swept away by the beauty of Portugal, but there are plenty of other reasons to move to this country. For starters, it’s the home of one of the oldest civilizations in the world: the country is also famous for its wine, paella, fado music, and beautiful scenery. You probably already know all this, and that’s why you want to move here. If that is the case, then you might be wondering what the process is to move here? Well, read on to find out.

What Makes This Beautiful Country So Enticing

The country of Portugal is one of Europe’s most southern countries. Located on the southwestern end of Europe, Portugal still has a lot of history to share. It was the home of the Moors, a group of Muslims who moved westward after the fall of the Roman Empire. This group of Moors controlled Portugal until the 11th century when the Portuguese managed to push them out. A series of Christian kings then ruled Portugal, and the country became a kingdom in the 12th century. This is part of Portugal’s unique identity, being a mixture of Christian and Muslim. The two cultures clashed together and formed something genuinely stunning. The country’s beautiful landscape is also another major reason why people choose to retire in Portugal.

If you want to move to Portugal, there are a few paths you can travel to get there. Being a country that honors a form of citizenship called Jus Soli, Portugal allows children born on the soil of this country to become citizens. There are some prerequisites, such as the parents having been living in Portugal for several years prior to the child’s birth, which makes this only helpful for children. Nonetheless, it is essential to note this if you plan on starting a family here one day.

Apply For A Visa

However, if you are already a non-EU country citizen and want to apply to live here, there is an exciting option that not many people know about called the golden visa program. Only a few countries in the EU offer this type of visa, and if you meet the conditions, you will find out that it is a far more straightforward method of becoming a citizen than others. The Portuguese golden visa is perhaps the most sought-after because you can live in this beautiful country and benefit from all it has to offer. The requirements are also slightly more relaxed than in other nations. For example, you can purchase real estate of 500,000 Euros and above (or 350,000 Euros if it is a non-residential area and needs renovating). You will also need to invest 250,000 Euros in business that provides employment, but the benefits are plentiful, including:

Figure Out Where You Want To Go

Portugal has a variety of landscapes for a country its size, so there are many possibilities for those who wish to settle.

Lisbon is a multicultural city with a thriving community of expats, families, and students. A large, vibrant city with a historic center and a beach close by, Lisbon is the best place to stay if you’re seeking a city with it all. There is a high English-speaker density in Lisbon, and nomads find the city to be a popular place to live. There are many world-class restaurants and bars in the city, and it has excellent connections to the rest of the world.

Expats moving to Portugal often overlook Porto, Portugal’s second city, but you shouldn’t omit this lovely riverside city. Porto is also a cheaper option than Lisbon, so it’s ideal for families. You will get a better deal on living south of the river because house prices are lower, the cost of living is much lower, and the area is much less touristy. If you qualify for the golden visa, the place is also great for real estate investment. Aside from its famous port wine and gastronomy, this city boasts various beautiful streets and vibrant culture.

Portugal’s oldest city, Braga, is an excellent alternative to Porto and Lisbon for those looking for something cheaper and more intimate. In addition to its lively nightlife, Braga is one of the oldest cities in Portugal and features one of the most well-preserved cathedrals. The main benefit of Braga is the access it provides to a multitude of different environments, from beaches to mountains.

They speak Portuguese in Portugal, not Spanish. If you already speak Spanish, you might be able to get by in a reduced capacity, but you should learn Portuguese for everyone else. Although many indeed speak English, if you plan on making your life here, you should take lessons in advance of moving. This will open up the country and the culture far more and enjoy your life here.

Portugal is undoubtedly one of the most endearing locations in the world. It has it all from a vibrant economy, cosmopolitan culture, and beaches the country’s entire length. If you get everything right, you could find yourself living in paradise.