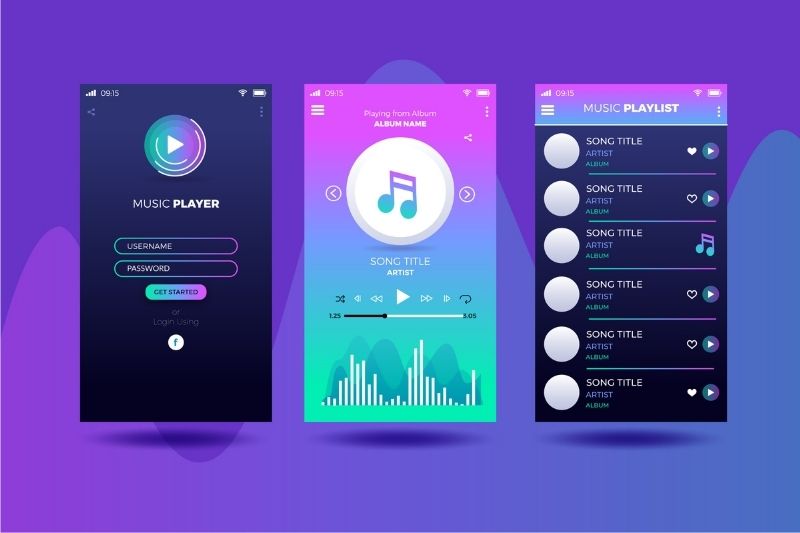 The Best App for Learning Music

Our Hollywood Spotlight shines lights on the leading lady who has trained, mentored, and coached thousands of actors to perfect their “voice-over” chops to be able to get them paid jobs on and off-screen, the amazingly talented, Queen of “Voice-Over”  Kate McClanaghan. Now more than ever the world of Hollywood has opportunities on every media platform for emerging talents to build a career, and one of them is not so obvious, it’s “Voice-Over” work. Becoming a voice-over talent takes just as much talent, skill, and perseverance to succeed in the business.

Kate McClanaghan is a Chicago born entertainment business woman who is also a casting director, producer and voice over artist. She owns Big House Casting & Audio Studios which specializes in post-production and voice over training and production with offices located in Los Angeles, California and Chicago, Illinois. Kate has worked with over 10,000 emerging artists to perfect their voice-over talent and still acts as manager in some capacity for many of them. She has produced over 5,000 demo tapes that are currently being used to pitch artists for work in the entertainment business today. You can learn the secrets of the trade in her new book, “The SOUND ADVICE Encyclopedia of Voice-over & the Business of Being a Working Talent.”

What is “Voice-Over” acting? It is whenever you just hear the voice and don’t see the talent. Voice over can be found in animation or in radio. The average person hears “voice-over” actors about 8,000 times a day. It’s a huge part of the entertainment world. Even in many Hollywood films, the A-list actors perform some “voice-over” work in one way or another, whether it’s for animated films, television commercials, or sound dubbing. Some even have sound-alikes, similar to on screen doubles, but for voice-over work. There are so many opportunities for actors to get paid work as a “voice-over” talent today; with the flexibility of being able to record the sound bites anywhere in the world, plus the availability of great non-union work too.

What are some of the trends taking place in the “Voice-Over” world in Hollywood? The audio book is a huge trend right now. Some people love this type of work; it’s a little more time consuming but it is definitely a growing market. In my book, The SOUND ADVICE Encyclopedia of Voice-over & the Business of Being a Working Talent, I outline the ways that aspiring actors can navigate the industry and find good paid work as a voice-over artist across all the available areas of opportunities in today’s industry.

What advice would you give to “Voice-Over” or screen actors looking for success in the entertainment business? The study never ends. You have to continually stay on top of what is current in the industry and medium that you want to be a part of. “Voice-Over” work is a fantastic place to begin and can give you a great stream of steady work while you put your efforts toward establishing yourself as a small business. Remember 90% is outside the sound booth and 10% is inside the sound booth. Hollywood stars like Julia Roberts, Antonio Banderas, and many more do “voice-over” work even at the pinnacle of their success. It’s an important part of the business.

What do you think are the most vital factors that may make a “Voice-Over” or screen actor successful? It’s important for actors to understand that on screen and “voice over” work are very much the same, with some technical differences that need to be learned. When it comes to auditioning and getting the job, confidence is commerce. Confidence really is key to succeeding in this business. The best auditions don’t always win; it’s the person who makes the producer or casting director feel confident that you can take this campaign and run with it. Great commercials with the right “Voice” can make or break a brand. The wrong voice can be off-putting. You are establishing the brand with the sound of your voice, because you are being the brand.

Have you discovered a personal purpose in what you do? I have three magic skills as a “voice-over” coach, casting director and producer where I recognize that I have an intuitive gift to be able to profile actors and to see what they bring to the table as talent, and then be able to correctly place them in the right role or campaign. Plus I get the benefit of living vicariously through them as I watch them succeed. Some artists do not realize the potential that I recognize in them, until they hear their completed professional demo. It’s very exciting and emotionally rewarding on so many levels.

There you have it straight from the Queen of “Voice-Over,” Kate McClanaghan shares her insights into the world of “Voice-Over” in Hollywood and she has so much more to give to you in her new book, “The SOUND ADVICE Encyclopedia of Voice-over & the Business of Being a Working Talent.”  available on Amazon now.