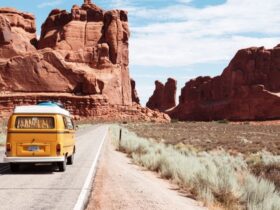 Ways a Lawyer Can Help If Your Lifestyle Involves Frequent Travel

Online communities have been around for a long time now, and it seems like Discord is the new kid on the block. With over 150 million users in 2021, Discord has quickly become one of the most popular online communication platforms in the world. What’s so special about this app? Why do people love it so much? Read our blog post to find out!

Discord is an online chat system that allows users to communicate in real-time. It’s basically like Slack, but for gamers.  It was built to allow people who play video games together to communicate better.

It works on any device, which means you can be in the middle of an online game and still keep up with your friends’ conversations without having to alt+tab out. It’s also ad-free– no annoying popups or sound ads!

Discord is also completely safe for children as well; it has parental controls that prevent kids from sharing personal information or accessing NSFW content (not safe for work).

Why is Discord Booming?

Discord is popular because the online gaming community is growing at an insane rate. In 2016, it hit 25 million monthly users. In 2018, that number jumped to 90 million!

In 2021, Discord was used by more than 150 million active gamers and is now the go-to app for online communities who want a better way to communicate without ads or complicated programs. It’s also getting popular among YouTube streamers because it lets them chat with viewers during live streams while staying focused on playing.

Discord has no plans to stop growing any time soon as well– they’ve already got big ideas in store for their future such as video calling and screen sharing features which will make talking about games even easier!

Discord servers are what make Discord great. Discord servers are basically group chats where users can talk with each other and discuss things. Discord Servers also allow you to share images, videos, links and have multiple text channels for discussion topics.

Discord lets anyone create a server so people from all over the world run communities on the platform ranging from gaming-focused chatrooms with a few friends to large international servers with thousands of members who play different games together. The idea is that every user gets their own customizable “home” they can go back to which includes automatically created message history as well as customized settings that only let certain people into particular rooms or change your username color if you want it to. This makes communication easier because there’s no added clutter you don’t need!

How Many People Are in Discord Servers?

The about of people in a Discord server depends on the server. Some smaller servers only have a few friends in there, while larger community-driven servers can range from having hundreds or thousands of members who play different games together! According to FameMass.com, there are even servers with thousands of fake members that are used as social proof to manipulate new users and make servers look more popular than they are.

What Kinds of Communities Are in Discord Servers?

Discord is known for its huge variety of different servers to join! There’s a server out there for whatever your particular interests might be, whether it’s video games, anime, sports teams or even dating! You can also find custom-made servers dedicated to specific topics if the main category doesn’t interest you as much. For example, roleplay and furry online communities have their own popular set of servers because these groups may want something more tailored to their hobbies rather than just another general community that caters to everyone under one roof.