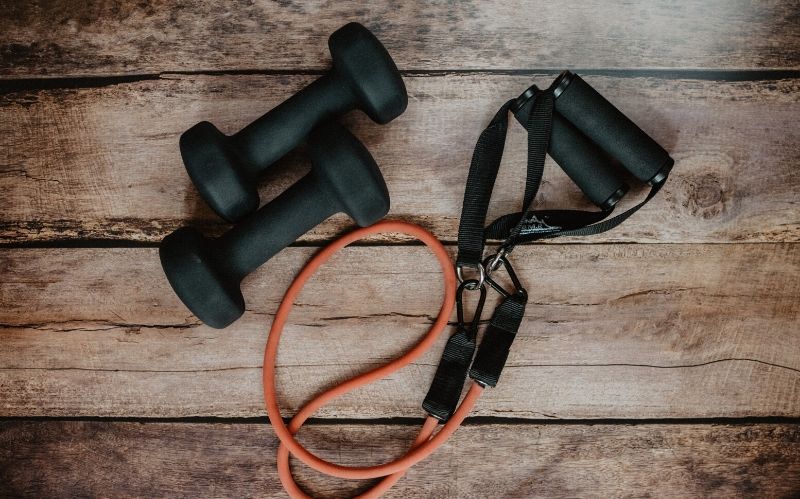 As a real estate veteran of some 45 years, I know a thing or two about the industry. I have lived through four recessions and I can tell you that they are all the same in that they each have a beginning, middle, and an end. The real estate profession is a roller coaster ride that offers the highest of highs, the lowest of lows and—in between—long stretches of uncertainty with only one guarantee: Change is inevitable.

Back in 1970, when I was indoctrinated into real estate working for the family firm, Hernandez Realty, I learned at a young age that those who were the most successful had the best laid plans, worked hard, built strong and genuine relationships, and weren’t afraid to take risks. Now, looking through that long lens of wisdom, I clearly see that nothing has changed—except the tools. There’s no doubt that those who succeed possess at least some core common strategies that set them on a path for high achievement. (Image Credit)

Throughout history, great men and women have left behind significant clues regarding success, yet it is surprising how most of those messages are lost in translation, even when they’re obvious and in plain sight. Take for example, “Know Thyself,” the maxim inscribed on the forefront of the Temple of Apollo at Delphi. It couldn’t be more straightforward, yet how many of us really take the time to figure out who we are? Our strengths and weaknesses, desires and abilities? High achievers do. They not only dig deep to discover who they are but also have a clear vision of where they want to go. In real estate, that kind of confidence is what separates the high achievers from low achievers. And there’s no way to fake it. Clients, particularly in the high-end market, not only can detect self-assurance but also have come to expect it from an agent they are entrusting to sell one of their most valuable assets.

2.) Pursue the Goal. Regardless of Where the Path Leads.

Real estate is often mistaken as an industry that requires no formal training or experience and little more than a license in order to begin making money relatively quickly. That’s perhaps why so many people pursue the real estate path before they’ve understood or set their professional and personal goals. When the market is healthy and stable, it appears as if anyone can get into the game and succeed. While that may be true for the lucky few, when the market takes a turn it has a way of throwing the baby out with the bathwater. In the short term, newcomers can definitely experience some margin of success but only the high achievers who have set—and firmly declared—clear and measurable goals will be strong enough to withstand the changing tides of an industry whose tentacles reach deep into many areas of the economy such as finance and banking, construction, insurance, and home furnishings just to name a few. High achievers possess a much broader understanding of the industry as a whole, as well as a desire to reach their specific and deliberate goals, which they track and measure each and every day. In other words their eyes are always on the prize, regardless of where the path may be leading them.

3.) Throw Caution to the Wind.

Mark Twain once wrote, “Twenty years from now you will be more disappointed by things you didn’t do than by the things you did do.” A similar take on life is also illustrated in the book, “The Top Five Regrets of The Dying,” written by a hospice nurse who painstakingly recorded the most common regrets of her patients toward the end of their lives. The number one regret she noted throughout the course of her career was this: I wish I’d had the courage to live a life true to myself, not the life others expected of me. Shying away from risk and living within a set of self-imposed limits is a lot like walking around in someone else’s shoes that are smaller and tighter than the ones you would rather be wearing. They may look good to those around you but when your feet start to hurt, you’re the only one who has to bear the pain. High achievers take both career and personal risks, investing their attention where their passion lies. In the real estate profession, where the hours can be staggeringly long and dry spells a reality, passion provides the fuel that keeps the high achievers moving forward, even when everyone else seems to be moving backward.

Henry Ford was a big proponent of positive thinking and placing the responsibility for failure and success squarely where it belonged. While low achievers get stuck and wait for someone to give them something to do, high achievers work their tails off, and if they have nothing to do they create something to do, simply because they understand that whether they succeed or fail, it’s all in their hands. That’s why rather than getting lost in thoughts of doom and gloom when a home isn’t selling as fast as they’d like it to, high achievers summon faith, knowing that every home eventually has a buyer, dismissing all the reasons why it won’t sell and focusing intently on the one reason it will.

High achievers know that when you stop learning you stop living. That’s why in this fast-paced digital world we live in, the more you adapt to new tools, the sooner you’ll reap the benefits of being able to concentrate solely on the business at hand rather than getting continuously mired in administrative work, which has been the status quo in the real estate industry for decades. Take advantage of what the Internet offers while holding on to traditional values that help you build strong relationships, and let go of staid practices and marketing techniques that no longer serve you or your clients. Spray-and-pray approaches in real estate may have worked a decade ago but it’s no longer about being everywhere. It’s more important now to be everywhere the client is—and readily available. Home sellers and buyers are more sophisticated and informed than ever before. They expect the highest level of service or they‘ll move on to someone else. There’s no doubt, the highest achievers in this industry work hard to stay relevant, leveraging the most advanced technology and marketing tools, taking classes, reading books, and above all, staying surrounded by supportive people.

6.) Be Kind to Others and to Yourself.

Real estate can be a cutthroat industry, particularly when multi-million-dollar properties are at stake. As tempting as it may be to play dirty or take shortcuts in order to score a prime listing, high achievers follow the age-old advice and treat others as they would like to be treated. At the end of the day, they understand their reputation and their health are all they have, so they take care of both. They eat well, sleep well and stay fit physically, mentally, emotionally and spiritually. And lastly, they know that self-discipline and self-knowledge are the only real paths to freedom, which brings this winding road to a complete circle.

There are plenty of people who believe that winners are born, not made. But anyone can learn to reach his or her highest potential in the real estate industry. For all its indiscriminant peaks and valleys, it is one of the most forgiving and rewarding careers imaginable—as long as you know who you are and where you want to go.

About the Author: Peter Hernandez is president and founder of Teles Properties and the driving force behind the highly collaborative Teles culture. He holds himself accountable for every aspect of the organization as it relates to compliance and broker of record responsibilities, including marketing, broker recruitment, management, retention, coaching and training. The breadth and scope of his experience in the industry is best described—and measured—by his genuine enthusiasm and enormously successful career that has spanned some four decades. Indoctrinated into real estate in 1970, Hernandez experienced early success working for the family firm, Hernandez Realty, the leading agency in Marina Del Rey, before joining Jon Douglas Company in 1983, where he quickly became a top-producing agent. In 1988, he expanded into management, overseeing several offices for both Jon Douglas and Coldwell Banker, until he was eventually appointed president and COO for Coldwell Banker of Orange County. During his tenure there, Hernandez successfully orchestrated three key acquisitions: Dyson and Dyson Company, the Balboa Real Estate Company and Strada Properties.

Since the opening of its first office in Beverly Hills in 2007, Teles has undoubtedly experienced highs and lows, particularly when compared to its peers: highest SP/LP ratio; highest per agent productivity; and lowest number of days on market. The firm has also been ranked and recognized for three consecutive years by the prestigious Inc. 500|5000 list of the fastest growing private companies in America. In well under a decade, those highs and lows have resulted in unprecedented growth— from one office and 12 agents producing $20 million in sales in 2007 to 19 offices and 390 over 400 agents generating over $12 billion in cumulative sales to date. Meet the Executive Team here.