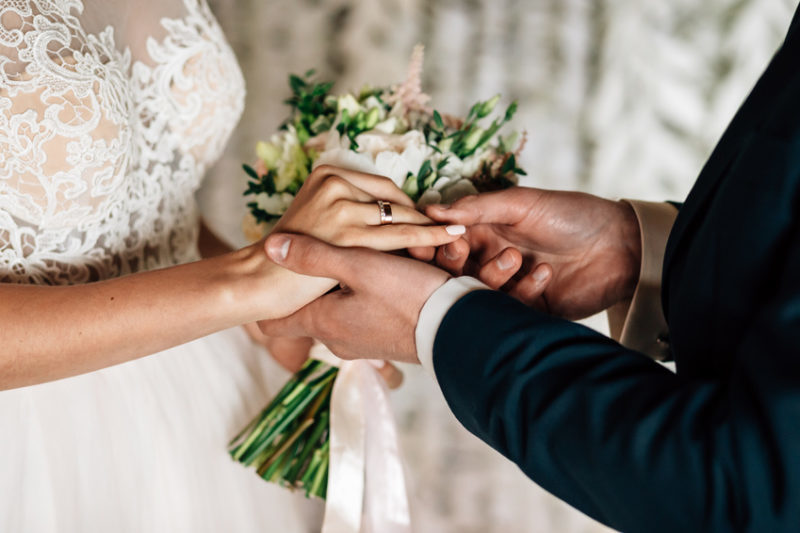 How To Plan An Affordable Wedding

Modern society has many people asking what marriage means in today’s world. Others call it archaic or unnecessary, especially in light of shifting gender roles and rising divorce rates. (Image Credit: Anurag1112/Pixabay)

When it comes to marriage, is it enough to love someone to the moon and back or is there more to it? Here’s what marriage means in modern times.

Getting engaged is an exciting time. Couples get showered with attention with requests for the bride-to-be to start flashing the ring and plans being made so she can sparkle in her wedding dress. Flowers, parties, friends, family– getting married is a whirlwind adventure.

While many view this series of rituals and celebrations as superfluous, it creates an opportunity to celebrate love in a world that’s often filled with hate and bad news. Marriage is the celebration of something positive and a distraction from the negative aspects of life. It brings people together in joy, which is never a bad thing. All your wedding gifts for your new family should be honest and present your love to somebody, even though lately people do those “givings” as a part of must-do ceremonies. Put your hearts in surrounding as well, make wedding decorations unique and personalized to remind your family and friends about your future life and love.

Making a Commitment to Try

Making the decision to get married means making a commitment to try. Marriage isn’t a walk in the park– it requires a lot of hard work and the acceptance of someone’s flaws. Sometimes it means putting someone else’s wishes and goals ahead of yours and taking on a supportive role. It means blending with someone else’s family and deeply rooted values and beliefs.

When you get married, you’re making a commitment to try every day. Some days will be easier than others, but it’s the vow to keep pushing through that sustains you. You’re telling the other person that they are worth the effort, and that you’ll try to prove that to them for the rest of your life.

Marriage was traditionally a contract that had legal benefits for both parties. Marriage was often used as a political tool for building alliances. More recently, marriage became a way to ensure that a woman was cared for before women in the workplace became a regular occurrence with World War II. It wasn’t so long ago that women were unable to open bank accounts or purchase houses.

While the Western world has a lot more to offer in regards to gender equality than it once did (though it arguably still has a way to go), there are still legal and monetary considerations that make marriage a viable option for modern couples. Many couples take advantage of the tax breaks offered by marriage, especially when having a family. Members of the military need to consider marriage to ensure that they can stay with their partner. Beyond love and devotion, marriage is an asset for many.

As marriage was often used as a way to create an alliance or keep a woman cared for, it was rarely viewed as a choice for both parties. In modern times, deciding to get married is a human right that celebrates freedom of choice. You are choosing to be with the person you love, celebrating individuality and empowerment. This is especially important for marginalized communities who were denied this human right, and in many places in the world, still are.

So what is the meaning of marriage? When you decide to get married, you are celebrating your  love and devotion with the person that matters the most to you– and that will never go out of style.