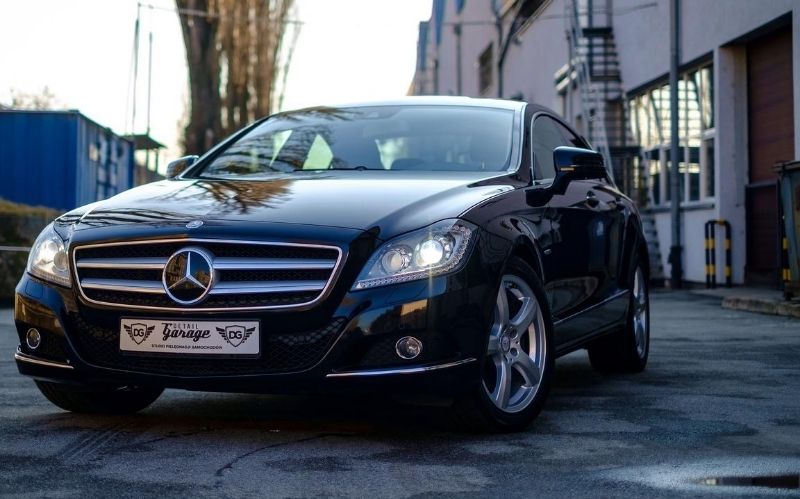 How to Properly Take Care of Your New Car

Join us at 11 am Tuesday June 9th as Saks Fifth Avenue kicks-off a three-day live event to benefit national nonprofit Little Kids Rock, as famed artist David Anson Russo will create original paintings live in the windows of Saks on Wilshire in Beverly Hills, CA.  The Wilshire Saks Fifth Avenue will become a living art atelier as the community comes together to benefit the national non-profit Little Kids Rock.

The original pieces of art will be auctioned off on CharityBuzz with all proceeds benefiting the national nonprofit Little Kids Rock who very effectively restores music programs to underserved public schools.

Little Kids Rock is a national nonprofit that is dedicated to unlocking children’s inner music makers by revitalizing music education in public schools. The organization partners with school districts to train public school teachers to run its innovative Modern Band curriculum and donates all of the accompanying instruments and resources necessary to teach popular music in a way that empowers students to experience instant achievement. Little Kids Rock started as a schoolteacher’s vision to give his students access to music education while diminishing budgets for the arts made that more and more difficult to do. What began as a single after-school guitar class has since exploded into a national movement that is bringing free, weekly music lessons to nearly 200,000 public school children due to the efforts of more than 1,500 teachers in 29 cities nationwide. To date, Little Kids Rock has served over 400,000 students. More info at www.littlekidsrock.org.

Russo is recognized as one of the world’s premier interactive artists. In 1990 he signed the largest book deal for a first time author in Simon & Schuster’s history (7 books!). His intricate maze designs, original alphabet lettering, and high detailed scenes have toured museums for years, been featured on QVC, and licensed throughout the world resulting in over 75 different product designs. His ad for Absolut Vodka, “Absolut Amazement”, was a double gatefold pull-out poster that challenged readers to participate and complete the maze. MAD hired Russo to create a cover portrait of Alfred E. Newman for its 1993 Collector’s Edition. His most recent ad campaign (2007) was for Sony’s Playstation 2, featuring three full pages of his unique mazes. Image by Mark Jaworski.

In 1996, Russo elevated his career and began creating television/movie properties in Hollywood. To date, he has sold over a dozen television properties, three of which were reality shows that have already aired: “Combat Missions”/USA Network/Mark Burnett Productions (2002), “Who’s Got Game?”/MTV/Magic Johnson (2003) “What Lies Below/Discovery (2006) and “Hey Paula”/BRAVO/Paula Abdul (2007). Russo has been featured on the cover of Variety, along with Donald Trump, announcing their NBC show “The Billionaire”.

At present Russo continues to create original television and movie properties along with his DVD/Web based property “Pudge’s Class Trip Adventure”. His maze artwork is touring North America via Minotaur Mazes and his latest artwork has expanded to include over a dozen different styles, including the newly created computer generated Limited Edition offering “Harvesting The Tree of Life.” In 2010, David Goldman Agency re-entered the world of licensing with Russo’s vast collection of artwork for the first time since 1996. New Russo licensed products were be back on the market beginning in 2013. Russo’s stars as both a Television Show Creator/Executive Producer and world-renowned artist continue to rise.