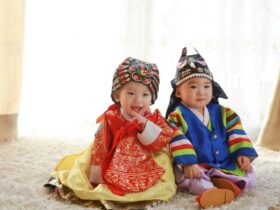 Vibrant and strikingly gorgeous newcomer, Chandler Kinney, stars in the highly anticipated FOX series “Lethal Weapon,” (Wednesdays 8/7c) as ‘Riana Murtaguh’ the daughter of LAPD detective ‘Roger Murtaugh’ portrayed by Damon Wayans. This action- drama packed series combines friendships and humor as it reboots the hit movie franchise and was picked up for a full season order by the network. (Images by Benjo Arwas)

Born in Sacramento, CA, Chandler always had an energetic and artistic side, loving the art of dance since she was 3. Upon realizing her talent, her family moved her to Los Angeles to begin pursuing her dreams of performing and joined the Debbie Allen Dance Company and Los Angeles Ballet Academy, practicing forms in ballet, jazz, contemporary, pointe and hip-hop. She caught the acting bug when she was cast in Debbie Allen’s stage musical “Twist,” starring in over 120 shows in Atlanta over the course of 3 months. While continuing to perfect her craft in acting classes, Chandler quickly landed her first national commercial for GAP’s “Talk to the Moose” campaign. She has also made other commercial appearances including Jif Peanut Butter, KFC & State Farm Insurance alongside NBA star Chris Paul. These commercials made a pivotal impact on her career, landing her guest starring roles on popular television shows including FX’s “American Horror Story- Asylum,” Nickelodeon’s “Haunted Hathaways” Disney’s “Girl Meets World” and The CW’s “90210.”

Beverly Hills Magazine: What is your process as an actress?

Beverly Hills Magazine: What is your opinion of “Hollywood?

Chandler Kinney: It’s a very interesting place. It’s what you make it. It can be a cold place because it forces you to learn rejection, but there’s also something really amazing about it. So much has been accomplished here that you can feel it in the air. I think if you have a positive attitude in this town, you’ll have a positive outcome.

Beverly Hills Magazine: What’s the best part of the business?

Chandler Kinney: The work! The best part of acting is acting.

Chandler Kinney: The rejection. At certain points, I actually feared that I wouldn’t make it. I had so many auditions, lots of callbacks, and no bookings. It gets easier though.

Beverly Hills Magazine: What is your dream role(s)?

Chandler Kinney: I’ve always wanted to do an action film or play a superhero. I would really enjoy playing characters with conflicts, possibly struggling with their past.

Chandler Kinney: If you really love it, just go for it.

When Chandler is not filming she loves being competitive with her brothers by practicing Tae Kwon Do, where she is a black belt first degree. She also spends her time giving back to foster children by creating handmade blankets that she donates to Los Angeles and Midwestern charities during the winter season. Chandler continues to utilize her love for children by also sponsoring a child through Compassion International Organization being pen pals for the last 2 years with a child in Ethiopia.