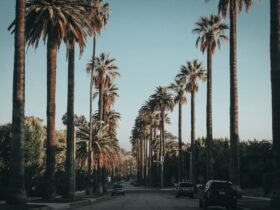 Every year on our birthday, we take a moment to reflect on our achievements and celebrate. At least that’s what ordinary people do, but for the founder of Lamborghini, it’s special. It’s a century since he was born, and the Lamborghini family celebrates his life with the most exquisite birthday gift, the Lamborghini Centenario.

The Lamborghini Centenario is the latest sports car from the Italian carmaker. Built as a tribute to celebrate the birth, and the brains behind its founder, Mr. Ferruccio Lamborghini. It’s based on the Lamborghini Aventador model and debuted at the 2016 Geneva Motor Show.

Though the Centenario is a limited edition with only 20 roadsters and 20 coupes produced, it also acts as a testbed for future Lamborghini development. The sportscar showcases new technological advancement, for instance, it’s the first Lamborghini model deploying rear-wheel steering. Too, it’s the first to feature the alternative infotainment system, which comprises a 10.1-inch portrait screen.

The Power Powering the Centenario

The Lamborghini Centenario powertrain includes a naturally aspirated 6.5-liter engine. It’s capable of outputting 566kW and rev up to 8600 rpm. According to the carmaker, this luxury car dawns the most powerful engine from the Lamborghini brand, the V12.

Technical statistics show that this fast car produces 756 hp and 509 lb-ft of torque while revving at 5,500rpm. Meaning it increases its overall power output by 20 hp above the Aventador SV. However, it weighs five kilograms less than the Aventador. It can also sprint from zero to 62 mph in 2.8 seconds and takes 23.5 seconds to cover 300 km/h.

To help control that power, the engine teams with the mated gearbox—the automated manual seven-speed Independent Shifting Rod (ISR), like the one on Aventador. But here, it’s guided using the permanent four-wheel drive, developed by Haldex. The power steering comes with two turns lock-to-lock while the suspension system is a push-rod design.

The Interior and Exterior Designing

The inside of the Centenario comprises carbon-fiber sports seats, stitched leather, and microsuede. It also features a 10.1-inch screen that is telemetry and records data. Also, there are Apple CarPlay, Wi-Fi connectivity, and the ol’ Ferruccio feature.

With the exterior, the Centenario exemplifies the Lamborghini heritage. It keeps that fast car demeanor, including the smooth silhouette, horizontally oriented headlamps, and the hexagonal side glass. It features extreme elements such as the large rear diffuser, front headlight casings, hexagonal carbon-fiber, and glass engine cover. Others are the Y-shaped taillights and extendable rear wing.

Other sports car attributes are the gouge-like air intakes on the rocker panels. You will find them on both sides of the roof and join the flaps and grilles. Also, it has a wing living beneath the body, which extends to 150mm and rotates about 15 degrees. However, its rotation depends on optimal levels of the aerodynamic efficiency needed.

Lamborghini Source, reports they have sold all the 40 Centenarios. It further states, they sold all the coupes and roadsters before the unveiling. However, the price estimate of this luxury car ranges around $ 1,900,000.

The Centenario gets the nod with practicality. Plus, it features the best of the two worlds, the traditional and modern era technology. Its innovative design and engineering skills of the Lamborghini team are finest possible to build this celebratory model.

It isn’t easy to find a word that accurately describes this Lamborghini Centenario. The car is dynamic, and not even the legend himself, Ferruccio would have imagined such a model. But, it’s the most befitting birthday gift to the founder who created an exceptional brand. He believed nothing is impossible, and over the years, he designed and produced iconic cars.