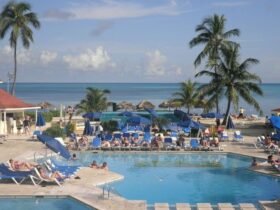 Are you a yacht enthusiast? Well, if you are, then you ought to be on the lookout for the new luxury yacht, the 2022 Conrad C144S.

The motor yacht is a product of Shipyard Conrad in corroboration with Luxury Charter Group. It will be the largest yacht built by Conrad. On top of that, it will feature elegant designs from three international companies.

According to reports, the new superyacht unveiling will take place next year, 2022. The plan is to have the event a few days before Conrad’s 20th anniversary. After that, Conrad C144S will hit the docks, ready for the deep waters before the end of summer next year. For more information on the overall designs and performance of this cool yacht, read on.

Even though Conrad Shipyard of Gdansk Poland and Luxury Charter Group built C144S, her exterior was designed by Reymond Langton, and naval architecture, Diana Yacht Design, whereas M2 Atelier designed the interior. The “S” on the yacht name stands for “straight bow,” which means superb, sleek, and sexy. And that is what this yacht is all about!

The new Conrad yacht draws design inspiration from the earlier Conrad C133. Incidentally, C133 was also an incarnation of Viatoris, the 2019 winner of the World Superyacht Award. Besides that, their wealth of experience spanning almost two decades played a crucial influence in building Conrad C144S.

C144S features a modern yet timeless design blended well with the harmony of form and silhouette, which results from the ferocity of firm lines that ultimately shape its intriguing structure. The yachting vessels come with a spacious interior, with panoramic windows that provide guests with a comfortable yacht life.

The outer deck layout displays a clever combination of multi-functional areas. For example, the aft deck platform has a beach club, four fantastic lounge zones, two bars, and a deck cinema. It also hosts two dining zones, and on the highest deck, you find the impressive infinity pool.

Another inclusion that makes C144S a perfect yacht is the cabin layout design. It consists of a master suite, four VIP cabins, four double crew cabins, and a captain’s cabin on the bridge. Altogether, they accommodate ten passengers and five crew members.

The Conrad C144S is a full displacement superyacht. She will get all her cruising power from two Caterpillar C18 engines, each rated 500KW at 2100 RPM. Her maximum cruise speed will reach 13 knots, while the cruise speed will be around 10 knots. Furthermore, the cool yacht can cruise for long voyages of up to 4,000 nm.

As you would expect from any yachting vessel, it will also include a stabilizing anchor, bow thruster, among others. Her carrying capacity is 51,300 and 11,710 liters of fuel and freshwater, respectively.

Already yacht brokers are putting a price tag on this Conrad. For instance, online sellers like Denison yachts are asking for $ 29,162,350. For inquiries, get in touch with them.

From the details available, there is no doubt, Conrad C144S will mesmerize the owner and yacht charter as well. On top of that, the yacht will have a garage that can store tenders measuring 7m plus, two jet skis, plus multiple sea bobs.