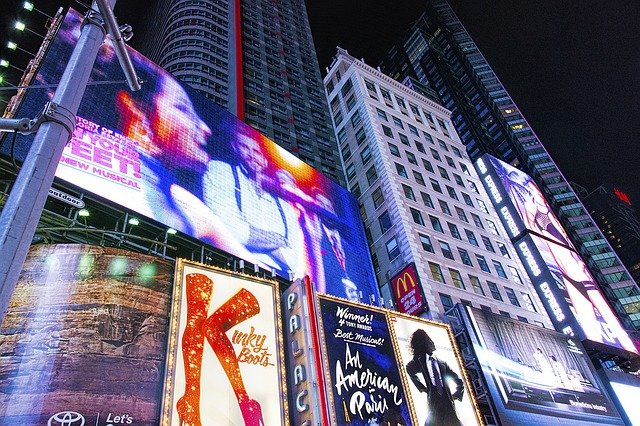 When traveling to New York City, catching a Broadway show is one of those must-do activities. Many Beverly Hills celebrities got their start on Broadway, or have starred in Broadway shows after their debut on the silver screen. It’s a part of Beverly Hills culture as well as being foundational to today’s NYC entertainment scene. (Image Credit:  Bruce Emmerling/Pixabay)

Before you start booking your Broadway tickets, however, you should be sure that you’re spending your theatre-going budget on something that you’ll really love.

Whether you have a smash hit musical or a dramatic play in mind, this infographic will help fine-tune your choice from over 40 shows to just two. How much do you know about Broadway? Start there, and then consider your personal tastes with some things that may not seem relevant to picking the best Broadway show, such as your favorite shows on Netflix and what beverage you prefer to drink.

The infographic will guide you through the process in less than five minutes, so you can skip that overwhelming list of dozens of shows and just scan the reviews for the two top picks based on your tastes. Will it be a classic like “Chicago” or “Kinky Boots”? Or another must-see such as “Waitress” or “Come From Away”?

After your night out on Broadway is decided, you can move on to planning the other parts of your visit to NYC from sunny Beverly Hills. Looking for tips to help make your first visit to New York even more amazing? We have some ideas!