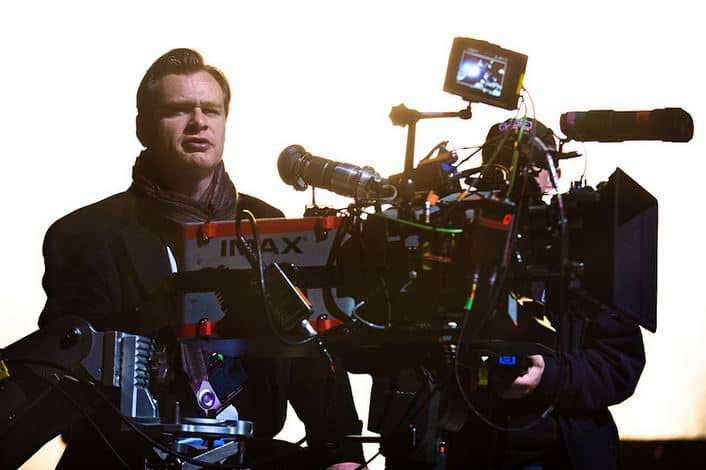 They will join a growing roster of actors who will honor production designers for their esteemed work in theatrical motion pictures, television, commercials and music videos. The black-tie ceremony will take place on Saturday, January 31, 2015, at the Beverly Hilton Hotel’s International Ballroom with comedian Owen Benjamin serving as host. As previously announced, Academy Award® winner Christopher Nolan will receive the Guild’s prestigious Cinematic Imagery Award. Lifetime Achievement Awards will be awarded for the first time in ADG history to all four crafts. Joining Jim Bissell (Production Designer) as a recipient of this prestigious award will be Camille Abbott (Illustrator), John P. Bruce (Set Designer) and Will Ferrell (Scenic Artist).

Oscar®-winner George Clooney will be presenting the Lifetime Achievement Award to his longtime friend, Emmy®-winner and Oscar-nominated Production Designer Jim Bissell. Clooney’s collaboration with Bissell began with Confessions of a Dangerous Mind, followed by the Oscar-nominated Good Night, and Good Luck, Leatherheads and most recently The Monuments Men, starring Matt Damon, Bill Murray and Cate Blanchett. He is a two-time Oscar-winner, as supporting actor in Syriana and as a producer of the 2013 best motion picture Argo. He was recently honored with the prestigious Cecil B. DeMille Award at the 72nd annual Golden Globes®. His upcoming projects include directing Sony Pictures’ Hack Attack and executive producing Showtime’s The Studio with Rescue Me co-creator Peter Tolan.

Oscar-winner Anne Hathaway will be presenting the Cinematic Imagery Award to Christopher Nolan, who directed her in Paramount Picture’s Interstellar, which is nominated for Best Production Design, Fantasy Film. Hathaway reunited with Nolan after portraying Catwoman in his blockbuster hit The Dark Knight Rises. She has starred in films such as Brokeback Mountain, The Devil Wears Prada, Rachel Getting Married and Becoming Jane. Her acclaimed performance in Les Misérables earned her numerous awards, including an Academy Award®, Golden Globe® and a BAFTA Award®. She’ll star in the upcoming films The Intern and Alice in Wonderland: Through the Looking Glass. (Image Credit)

Golden Globe-winner Eddie Redmayne currently stars in The Theory of Everything, which is nominated for Best Production Design, Period Film. His role portraying Stephen Hawking has earned him numerous accolades including an Academy Award nomination for Best Actor and a BAFTA nomination for Best Leading Actor. Redmayne starred alongside Anne Hathaway in Les Misérables and co-starred with Michelle Williams in My Week with Marilyn. He will appear in the upcoming film Jupiter Ascending.

Oscar-nominee Felicity Jones is currently starring in The Theory of Everything with Eddie Redmayne, which also earned her a Golden Globe and BAFTA nomination. Jones appeared last year in The Amazing Spider-Man 2, and she’ll be seen in the upcoming films True Story and Autobahn.

Two-time Emmy-winner Julie Bowen is best known for her role on Modern Family, which is nominated for Best Production Design, Half Hour Single-Camera Television Series. She has also appeared on the television shows Ed, Boston Legal, Lost, Weeds and in such feature films as Happy Gilmore, Horrible Bosses and Planes: Fire & Rescue.

Emmy-winner Mayim Bialik is best known for her television role in The Big Bang Theory, which is nominated for Best Production Design, Multi-Camera Television Series. Bialik rose to fame as the star of NBC’s hit Blossom and has appeared on ‘Til Death, Curb Your Enthusiasm and The Secret Life of the American Teenager. In 2014, she began hosting a revival of Candid Camera on TV Land alongside Peter Funt.

Emmy-winner Margo Martindale has appeared in such feature films as August: Osage County, Heaven Is for Real and will be seen in John Krasinki’s upcoming film The Hollar. She has had television roles in Justified (Best Production Design, One Hour Contemporary Single-Camera Television Series) and The Millers (Best Production Design, Multi-Camera Television Series).

Emmy-winner Tony Hale currently stars on Veep, which is nominated for Best Production Design, Half Hour Single-Camera Television Series. He’s also known for his roles on Chuck and Arrested Development, which earned him a SAG nomination. He has appeared in the feature film Stranger Than Fiction and will be seen in the upcoming films Yoga Hosers, Dominion and Angry Birds.

Darren Criss is best known for his television role on Glee, which earned him two SAG Award® nominations for Outstanding Performance by an Ensemble in a Comedy Series. Criss made his Broadway debut in the hugely successful How to Succeed in Business Without Really Trying, followed by his feature film debut in the comedy Girl Most Likely. He will be the lead voice for the Cartoon Network’s upcoming Transformers: Robots in Disguise.

Loni Love is a stand up comedienne and co-host of the hit daytime talk series The Real. Love is formerly a long running regular co-host and commentator on Chelsea Lately and currently a recurring Guest DJ on The Ellen DeGeneres Show. She can be seen in the upcoming Bad Ass 3 opposite Danny Trejo and Danny Glover and in Mall Cop 2 alongside Kevin James.

Joey King has appeared in FX’s Fargo, which is nominated for Best Production Design, Television Movie or Mini-Series. Best known for her role in Ramona and Beezus, she has appeared in such feature films as Oz the Great and Powerful, The Conjuring, The Dark Knight Rises and White House Down.

Tyler Oakley is a YouTube personality and advocate for LGBT youth. Oakley is the recipient of many awards, including a Teen Choice Award and a Streamys Audience Choice Entertainer of the Year Award. He has raised more than $500,000 to support The Trevor Project, a leading national organization that provides crisis and suicide prevention services to LGBT youth.

YouTube star iJustine will serve as the awards’ trophy girl. One of the most-subscribed female personalities on YouTube, she also voices the character Passion Fruit on the Cartoon Network’s The Annoying Orange. Her television appearances include The Vampire Diaries, Law & Order and Criminal Minds.

Nominations for this year’s ADG Excellence in Production Design Awards were announced on January 5, 2015. The complete list of nominees can be viewed here. Winners in 11 competitive categories will be revealed on January 31, 2015.

ADG Awards are open only to productions, when made within the U.S. by producers signatory to the IATSE agreement. Foreign entries are acceptable without restrictions.

About the Art Directors Guild:
The Art Directors Guild (IATSE Local 800) represents nearly 2,300 members who work throughout the United States, Canada and the rest of the world in film, television and theater as Production Designers, Art Directors, and Assistant Art Directors; Scenic, Title, Graphic Illustrators and Matte Artists; Set Designers and Model Makers. Established in 1937, ADG’s ongoing activities include a Film Society; an annual Awards Banquet, a creative/technology community (5D: The Future of Immersive Design) and Membership Directory; a bimonthly craft magazine (Perspective); and extensive technology-training programs, creative workshops and craft and art exhibitions. The Guild’s Online Directory/Website Resource is at www.adg.org.