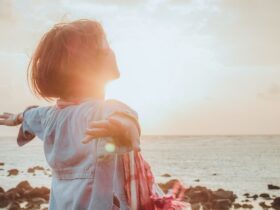 Habits That Improve Your Value and Happiness

On Saturday, November 4, Women’s Guild Cedars-Sinai is honoring legendary songwriters Barry Mann and Cynthia Weil at their annual gala.  Known for co-writing such famous songs as  “On Broadway,” “Bless You,” “He’s So Shy,” “He’s Sure The Boy I Love,” “You’ve Lost That Lovin’ Feelin’,” and “(You’re My) Soul And Inspiration, the prolific husband and wife team are set to receive the Music Icon Award.

Women’s Guild has been inspiring innovation at Cedars-Sinai Medical Center in Los Angeles for more than half a century, with the purpose of supporting world-class healthcare, research and innovation. The theme for this year’s gala is “Supper Club 2015” and will be an elegant social event attended by  prominent, influential individuals in the arts and entertainment.

We spoke with these music influencers to learn more about how they came to write the soundtrack of our lives.

Beverly Hills Magazine: When did you discover your talent for writing?

Cynthia Weil: I began writing poetry as a young girl, but I thought it was lonely. Then I discovered songwriting which allowed me to collaborate with others, and I fell in love with it.

Barry Mann: In high school a friend of mine played the piano really well and all the girls adored him for it. I wanted that admiration…So I did it for the ladies. (Smile)

Beverly Hills Magazine: How did you get into the music industry?

Cynthia Weil: I would always take existing songs and write my own lyrics to them. I became involved with Frank Loesser, who was a great songwriter, and he put me together with some of his young writers.

Barry Mann: I was a busboy during college while I was pursuing an education in architecture. The restaurant had talent shows, and at that time I had written about 7 songs, so I performed them live. One night, a guest approached me and gave me his business card. He was a music publisher and he told me I had talent and to call him if I ever wanted to get into the music business. Years later, I finally called him.

Beverly Hills Magazine: Where do you get your creative inspiration?

Cynthia Weil: My favorite aunt who was my mother’s sister always encouraged and inspired me.

Barry Mann: I believe talented people are born with it…it’s a natural skill that can be improved upon by learning. I always wanted to play music, it was ingrained. Over the years I’ve absorbed so many different types, styles, and elements of music that have served to inspire my creativity.

Beverly Hills Magazine: What advice would you give to other songwriters out there?

Barry Mann and Cynthia Weil:  In today’s world, as a songwriter you want to learn to produce as well. It will serve you well and give you an immediate outlet for your material. If you love it, keep doing it. The important thing is to always follow your heart.

Visit Women’s Guild Cedar Sinai for more details and to purchase your tickets.

Founded in 1957, Women’s Guild Cedars-Sinai is a deeply committed organization of women who have raised over $40 million to support clinical and scientific advances and world-class healthcare.  Currently, the group is funding a pledge of $10 million for Women’s Guild Simulation Center for Advanced Clinical Skills at Cedars-Sinai Los Angeles, a remarkable facility comprised of high-tech human simulators and next-generation technology where surgeons, physicians, nurses and allied healthcare professionals are offered the ultimate training environment for advanced skills knowledge.  Women’s Guild is dynamic, forward-thinking and transformative on all levels. To learn more about Women’s Guild Cedars-Sinai, you may visit www.womensguildcs.org.