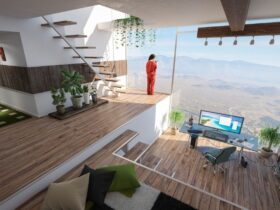 Understanding the economic problem in this country is the path to the solution. They say whoever, controls the money, has the power. Now more than ever, this is true and you must understand how to take your power back.

In 1970 a $1 Bill could by 10 candy bars. Today you cannot even buy 1 candy bar the same size as could be purchased back then. So what changed?  Interestingly, 1971 was when President Nixon completely removed the United States from the gold standard. This removed all checks & balances from just printing more money. “Hershey Chocolate discontinued its five cent ($.05) bar on November 24, 1969.  Hershey’s ten cent ($.10) bar (weighing more than twice as much as the old five cent bar) became the standard bar.” (Info Source)

During that time, it was also a period of unprecedented ECONOMIC GROWTH with relatively FREE TRADE in goods, labor, and capital worldwide. Gold today is well over $1000 per 1 ounce! WHY? What Happened: Congress passed the Federal Reserve Act in 1913 that unconstitutionally gave our monetary system to a private entity and unconstitutionally legalized fractional reserve banking as well (loaning money a bank does not have – counterfeiting).   This has inflated the money supply that has destroyed our purchasing power!

Example: If you took a 1-ounce gold coin OR a $20 bill to a fine clothing store in 1910 you could purchase a very nice suit. Today you could purchase a very nice suit with a 1 ounce gold coin but you CANNOT do the same thing with a $20 bill today!   When a private entity controls the monetary system of a nation the private entity controls the NATION.

President Jackson warned in his Veto message of 1832 the dangers of a central bank. His message was the reason that the second central bank in the United States was abolished after only 15 years. You can download the Veto message here.

Thomas Jefferson gave the following warning also, “If the American people ever allow the banks to control the issuance of their currency, first by inflation and then by deflation, the banks and corporations that will grow up around them will deprive the people of all property until their children will wake up homeless on the continent their fathers occupied. The issuing power of money should be taken from the banks and restored to Congress and the people to whom it belongs.”

History validates the passing of the Federal Reserve act in 1913 destroyed the economic fiber of this great country BUT there is HOPE.  If we do our part as our Founding Fathers and demand that the Federal Reserve is abolished and the issuing power of money is restored to We The People!

Currency (paper money that is LEGAL tender for paying debts) derives its VALUE from goods & service. It is more stable and CANNOT BE MANIPULATED when backed by real money (gold and/or silver)!

Fiat Currency is UNCONSTITUTIONAL paper money backed by NOTHING. This is what we have today in the UNITED STATES which causes our boom and bust cycles.

So when you pump more currency into the system that is not backed by money that is INFLATION! To learn a grassroots method of avoiding fractional reserve banking that minimizes inflating the money supply call Joe Myers at 904-254-6472.