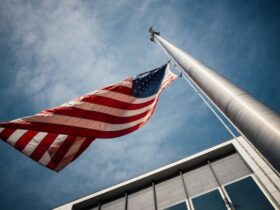 On January 4, 1943, crooner Bing Crosby’s elegant home in Toluca Lakes, California was destroyed by a Christmas tree fire while his wife, Dixie Lee, was removing the strings of lights that sparked and turned the dry tree into a fireball.  Though the Crosbys purchased another real estate investment immediately, the burned mansion was eventually rebuilt, the four original acres divided in half and the new home in time became the residence of Andy Griffith and later Jerry Van Dyke. (Scroll Right for More Pictures)

Celebrity couple Megan Fox (Transformers) and Brian Austin Green (Beverly Hills 90210) purchased the former carriage house on the old Bing Crosby estate in the summer of 2014 for $3.35 million.  They were married in 2010, have two children together and one of Brian’s from a previous relationship.  The carriage house was conveniently located close to the studios, with Toluca Lakes drawing many people in the film and television industry. Built in 1936, the same year as Crosby’s original mansion, the carriage house retained many of the rustic elements of its era with exposed wood beams, wood floors and a large fireplace dividing the large open living area.  New 2008 upgrades included granite, new doors, large windows and skylights.  There is also a private loft and a game room that opens to a terrace with pool and spa.

Now with Megan and Brian in the process of a divorce, the mansion was recently sold for $2.6 million.