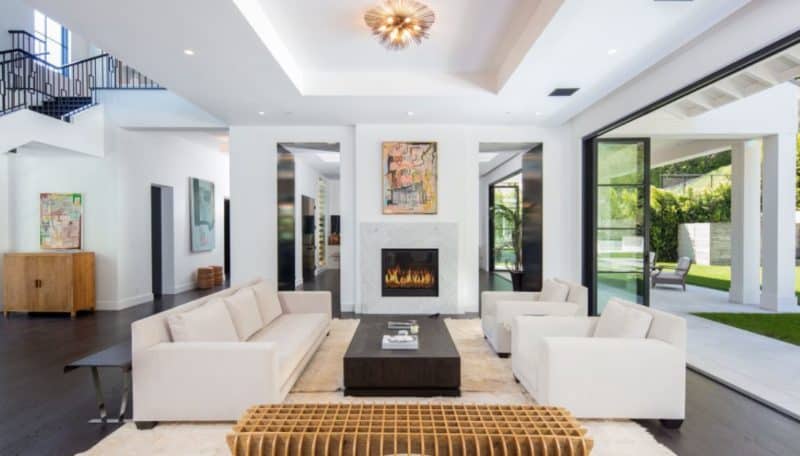 Salsa sensation artist and singer-songwriter Marc Anthony has had his fair share of success in the entertainment industry. Having sold more than 12 million albums, Marc has managed to invest in numerous real estate investments.

His most famous house has been the Coral Gabes, Florida, unfinished waterfront mansion, which he bought at $19 million – the highest amount paid for an exclusive Cocoplum subdivision. The home’s previous owner was the Bacardi heiress, Hilda Maria Bacardi.

Having completed the mansion, Marc has put the house for sale at a stunning $27 million. 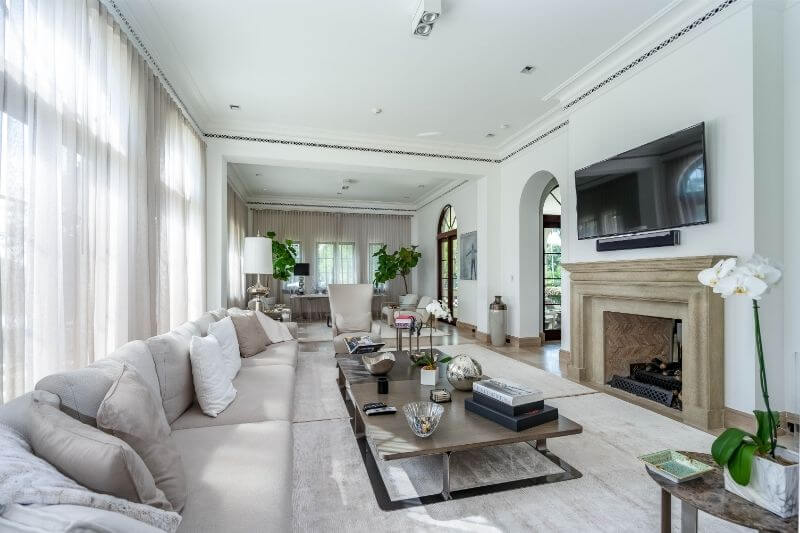 The mansion, which boasts of a Mediterranean décor, earning the name ‘Casa Costanera,’ is one of the largest in South Florida. It covers around 20,546 square feet, with spacious living spaces and elevator access to all three floors.

There’s also a guest room and separate staff quarters to ensure that the homeowners can enjoy their privacy. 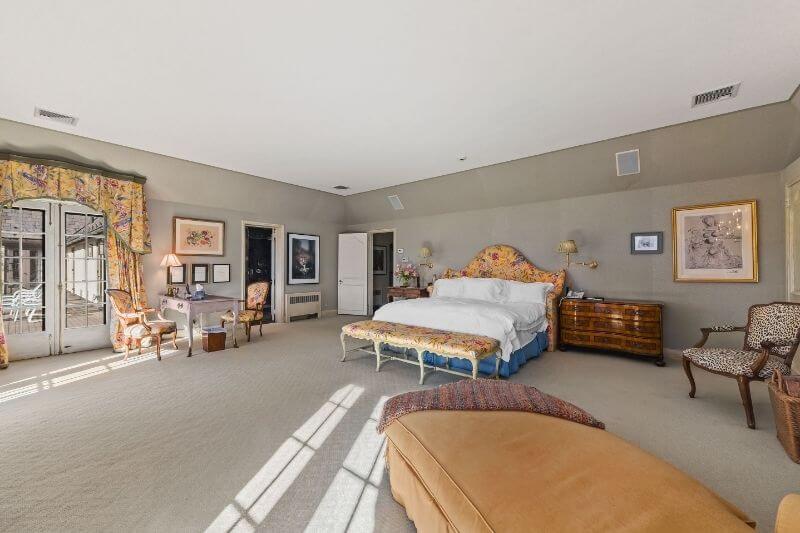 Sitting on 1.3 acres, the mansion also has 12 bedrooms and 13.5 bathrooms; all graced with contemporary interior décor. The bathrooms come with massive soaking tubs and a separate stand-in shower. 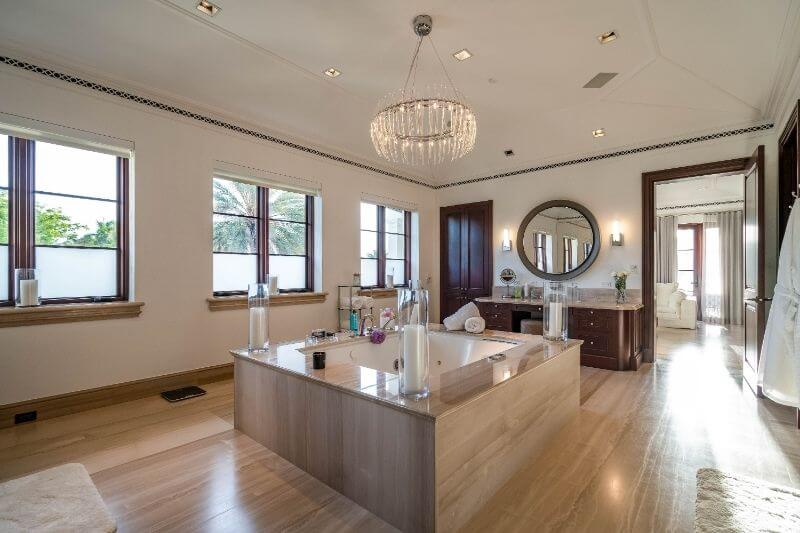 For dining and entertainment, the home features a wine cellar and three kitchens, including an elegant gallery-type chef’s kitchen and an outdoor kitchen. 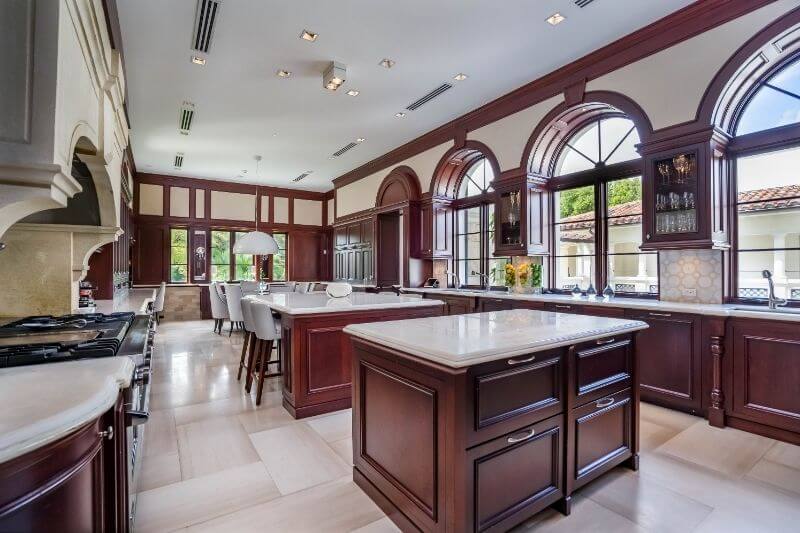 Outdoors, there’s a 480 square feet water frontage with direct access to the Biscayne bay access and a 100-foot dock. There’s also a vanishing swimming pool with stunning walkways by the side sharing fantastic bay views. 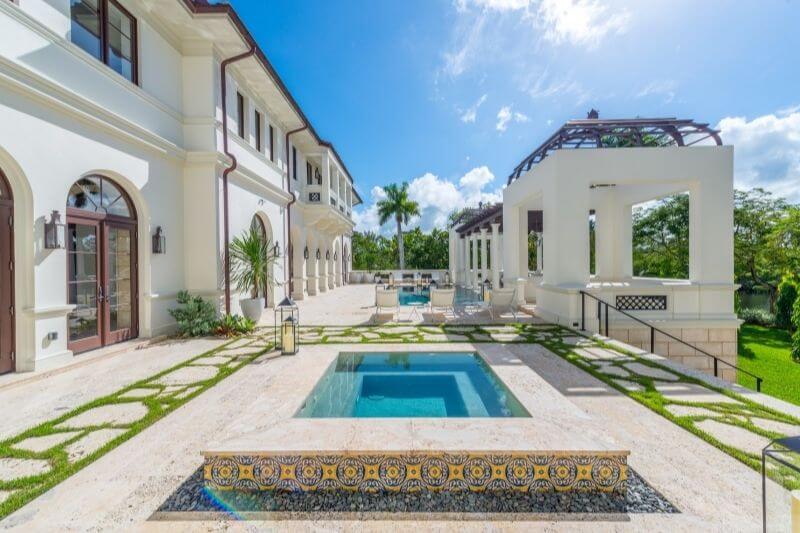 This estate is also located near the homes of celebrities Alex Rodriguez (who is JLO’s current fiancée) and Pharrell Williams.

Marc Anthony has 2 American Grammy awards and 7 Latin Grammy awards to his name. His songs have been widely popular in Latin America thanks to his trademark upbeat salsa songs and swiveling hips. He further received the Lifetime Achievement award from the Congressional Hispanic Caucus.

Marc has also tried his way into the acting and fashion industries, Starring in Broadway musical The Capeman. He’s also made appearances on films like Man on Fire and big Night.

The listing agents for the Casa Costanera are Anamaria Velasquez from Nexxos Realty and John Parsiani from Cervera Realty, both located in Miami, Florida. 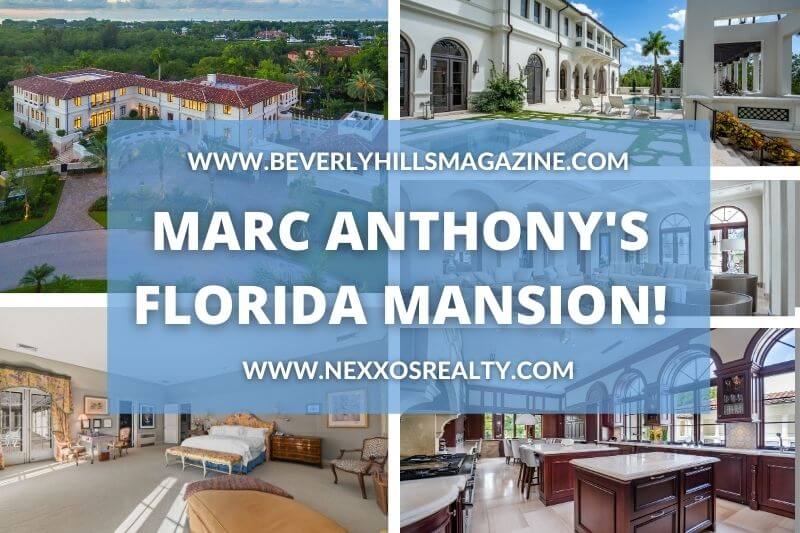