Always known as a bit of a wildcard, if Madonna could see her former Sunset Boulevard home today, she’d probably want to buy it back.  Turning 60 on August 16th and more widely known these days for slamming today’s music (“It all sounds alike. . .”), which she does at every opportunity – most recently in an interview with Vogue Italia – maybe the stunning renovations would at least prompt a certain nostalgia for the old days.  She bought it in 2003 for $12 million when she married Guy Ritchie and listed it for sale in 2012 for $28 million, selling it in 2013 for $19.5 million.  Since then it has transformed to one of Beverly Hills best homes. 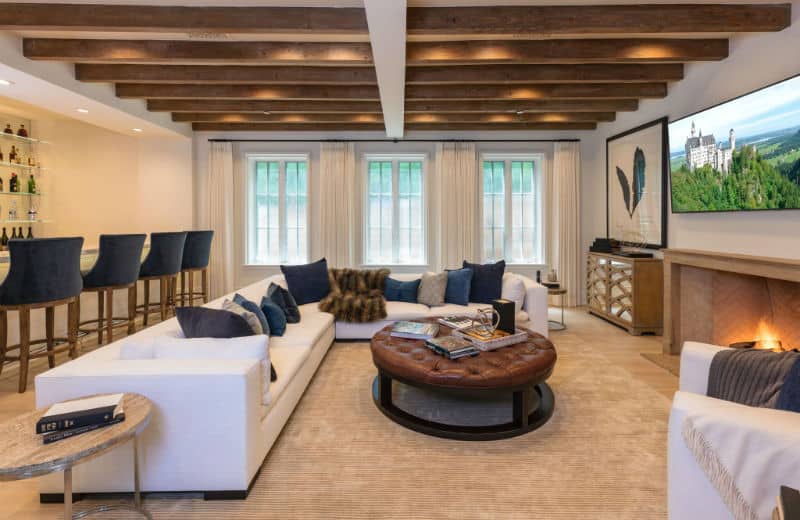 Beverly Hills has been the prime address of top celebrities since the 1920s when Douglas Fairbanks and Mary Pickford remodeled a former hunting lodge into a 25-room mansion with tennis courts, swimming pool and horse stables.  Much of Hollywood soon followed to rub elbows with their peers behind their security gates and lush vegetation and wave hello when passing each other on the pretty winding residential streets. 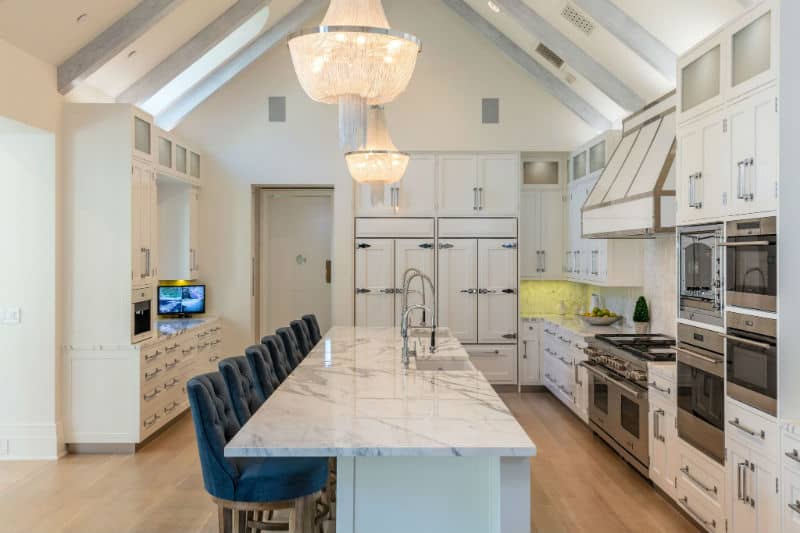 Their homes are tropical, very private, a great escape with views all above the hustle and bustle of the city, but close enough to avoid a long commute to the sound stages.  The beauty of the neighborhood and its mansions has been captured as background for popular films throughout the years.  Many of the world’s biggest stars and industry celebrities reside there or maintain second homes including Leonardo DiCaprio, Keanu Reeves, Simon Cowell, Jack Nicholson, Jennifer Lawrence and a plethora of others. 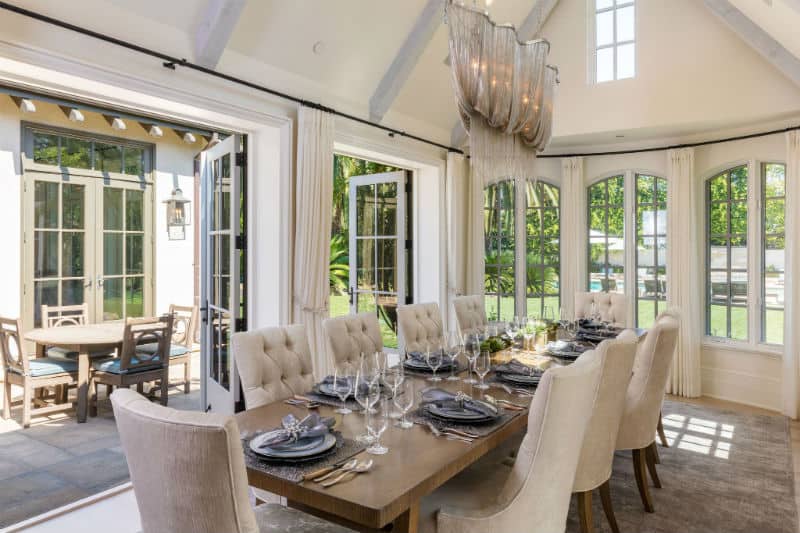 With its prime location, Beverly Hills mansions are frequently updated, but Madonna’s former French Normandy-style home is ready for the spotlight with its recent makeover.  Built in 1968, the 5,800-square-foot property has eight bedrooms and fourteen baths on over an acre of flat land with two separate guest houses. 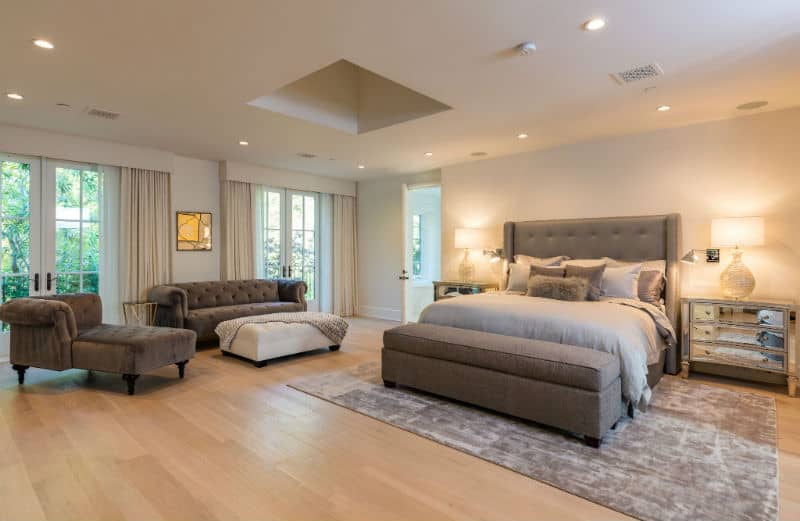 Designed to take full advantage of the climate for indoor-outdoor living, the bright sunny interior with its vaulted and beamed ceilings opens to a 60-foot pool and spa and a north-south tennis court on the mature landscaped grounds. 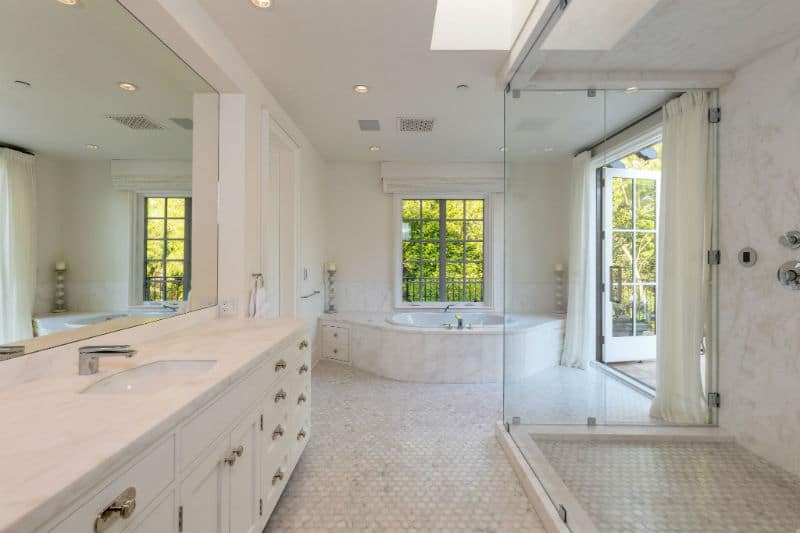 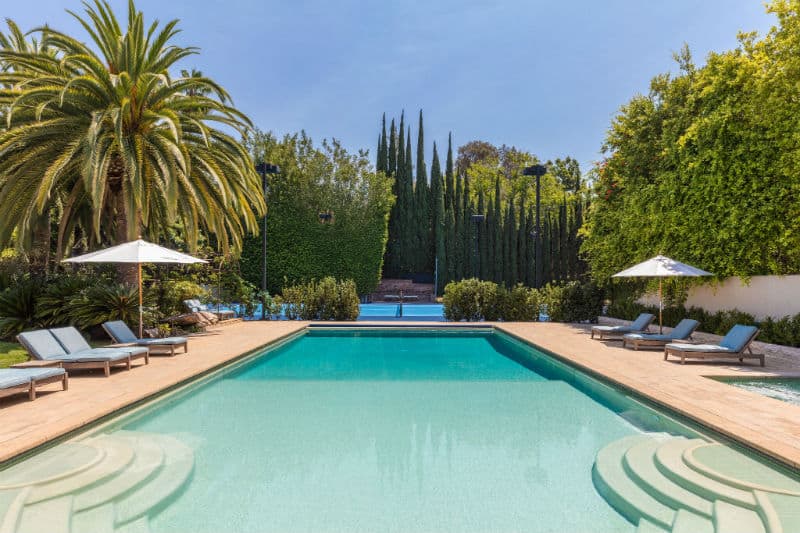 Now living in Lisbon to help with her son’s soccer aspirations, Madonna has made a new album which she is currently promoting, though no title or release date is yet available. 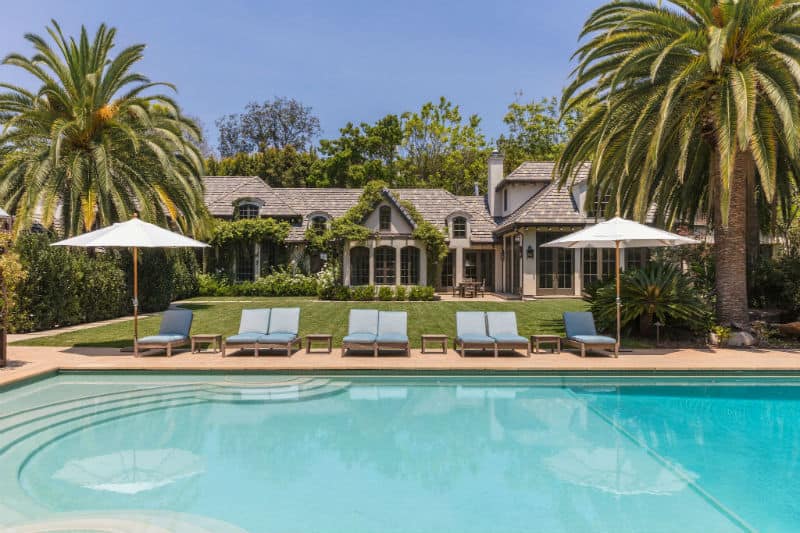 Live like a superstar in Madonna’s former Beverly Hills mansion with its sparkling new renovations, listed at $35 million.  Mauricio Umansky, founder and CEO of The Agency, Beverly Hills, is the listing agent. 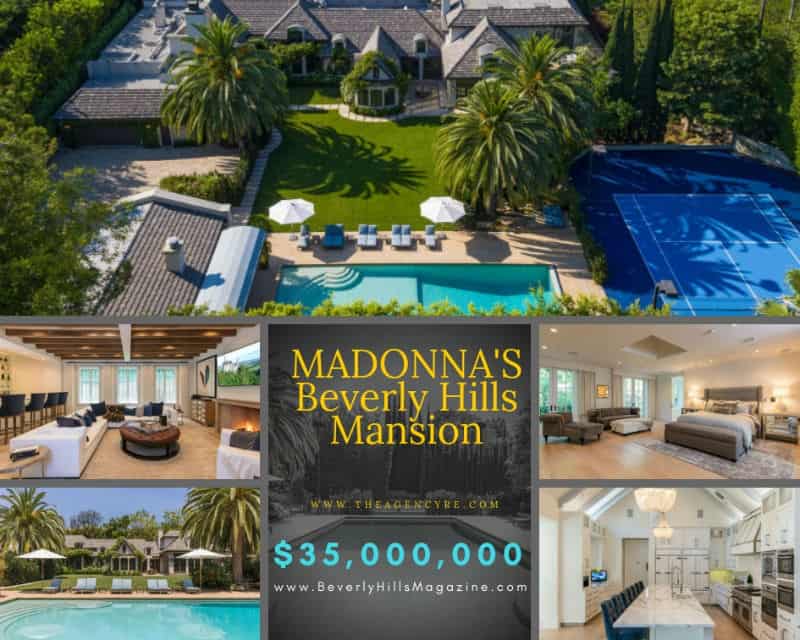